Donald Clarke: A film you’ve probably never heard of has topped the US charts for five weeks 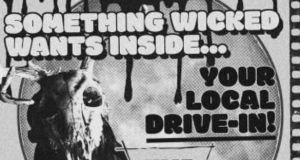 All hail the box-office champ of early summer. All hail a film you probably haven’t heard of.

Sports enthusiasts are familiar with the asterisks that sit beside empty spaces in records between 1939 and 1945. Those glyphs are preparing to do more work as various golf majors, football tournaments and Jai alai events vanish from schedules. Box-office nerds (a rarer, sadder breed than even the most deranged table tennis fanatic) face a different rearrangement. At the start of the year, they would, while pondering early June, have ranked No Time to Die, the new James Bond flick, and Black Widow, the latest Marvel epic, as potential early summer winners.

We know that didn’t happen. But movie historians cannot fairly claim that, like the 1940 FA Cup final, the summer box office was cancelled. Some cinemas in some countries never closed. A few new films have snuck into the real world. Arithmetic being what it is, some of those films made more than others.

The international situation is hard to assess. Reporting is erratic and much of the business has gone to early spring releases — Pixar’s Onward for example — that hung around in countries which didn’t completely shut down. Parasite is back doing relatively good business in Japan. The recent winner seems to have been Woody Allen’s much-delayed A Rainy Day in New York (released online here this weekend). Kicked from pillar to post after the director fell deeper into post-Me Too opprobrium, the 2019 movie did well in South Korea as that country emerged from lockdown. The distributors will pocket the $330,000 they took last week and will mind not a jot that much of its success is down to limited competition.

The really interesting aberration appears in the North American figures. It involves a genuinely new release that has — in heavily asterisked terms — equalled a feat achieved by only Avatar and Black Panther in the current century. It’s the Jaws of its season. If it hangs on it could become the Gone With the Wind of its season. We’ve kept you in suspense long enough. The financial supremo of the Covid era is the Pierce brothers’ The Wretched.

You what now? Released online and (in the few places where this mattered) theatrically at the start of May, the modestly budgeted horror flick has topped the US box office for five consecutive weeks. If it manages a sixth it will be the first to do so since Avatar in 2010. In any normal year, this would be enough to anoint Brett and Drew Pierce as the new, twin-headed Spielberg.

Maybe they should stop reading here. The Wretched managed $835,400 throughout May. Avengers: Endgame, the highest grossing film of May 2019, took $383 million in the US during the equivalent period. This season, Trolls World Tour grabbed over $100 million from online rentals alone.

Nobody is writing think-pieces on “what The Wretched tells us about US decline” and “where you can buy that gold chain the bloke in The Wretched wears”. Anyone researching such a column need only look at the theatrical charts to confirm that little else has been released since lockdown hit. IFC Films, the distributor behind The Wretched, stubbornly put out How to Build a Girl, adapted from the Caitlin Moran novel, and True History of the Kelly Gang, but neither came close to even their horror flick’s figures.

It is, however, not entirely fair to say that, like Rainy Day in New York, The Wretched is merely filling a vacant space. One reason the picture edged ahead of its few rivals is that, as a broad horror packed with jump-shocks, it is ideally suited to one endangered corner of US exhibition. No other new release can have taken such a percentage of its haul at drive-in theatres since the 1960s. IFC spotted the opening early and commissioned delightfully retro ads referencing their movies’ most lurid qualities. “2 ALL NEW BLOOD SOAKED SHOCKERS. SOMETHING WICKED WANTS INSIDE… YOUR LOCAL DRIVE-IN” one yelled. (True History of the Kelly Gang, the other half of the bill, must be the only film adapted from a Booker Prize winner to be thus advertised.) The drive-ins stayed open. The Wretched became a qualified phenomenon.

It is only fair to note the Pierces’ movie also scored because it’s pretty good. Critics hoping to make snarky use of the title were disappointed to discover a nifty, well-acted exploitation flick about a kid who suspects a witch is threatening the wellbeing of neighbours. Think Roger Corman’s Rear Window and you are halfway there. You can rent it in this territory now. Place the laptop on the boot of your car. Bolt a tray to the open window. Dress in bobby socks and blue jeans. It’s as if the last 60 years never happened.