Vodafone Comedy Festival: Everything you need to know 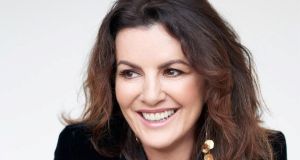 Acclaimed podcasts such as The Blindboy Podcast, Jarlath Regan’s An Irishman Abroad and The Alison Spittle Show will make an appearance, and the Turning Pirates with their band of musicians and street entertainers will amuse festival goers throughout the weekend.

For those who want to save a bit of cash, the festival’s Laughter Lab will hold 10 free shows over the four days. If you are looking for a more intimate gig check out the Horsebox Theatre, which only seats four guests, for some Victorian splendour.

There will be four new festival tents this year – The Gas Station, The Punchline, The Funny Bone and The Jokeshop.

A number of bars will serve non-alcoholic beverages, beer, wine, prosecco and spirits at the event. Food will be supplied by Kerala Kitchen, Dog House and Burger Republic.

Each event is ticketed separately. Prices range from €20-€30. For more details see www.ticketmaster.ie. Some 20,000 people are expected to attend the four-day festival, which is strictly an over 18s event. As it is a ticketed event, you cannot visit the Iveagh Gardens unless you are taking part in the festival.

The Turning: This film is a total waste of time. Don’t even read the review
5

Portraits of the Irish big house, from Castle Howard to Luttrellstown
9

‘In five seconds my life changed. I was worse than the worst jazz snob’
10