Theatre this week: Young woman fights to be herself and Philip Ridley’s new work at the Abbey 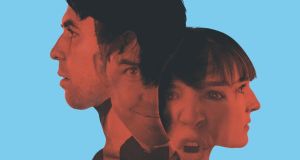 Project Arts Centre, Dublin. Jan 16-26 7.30pm €16-€18 projectartscentre.ie
While she was working on another play, a production of John Webster’s heaving tragedy The White Devil, the actor and singer Kate Stanley Brennan asked her female cast mates an uncomfortable question. Which of them had ever fallen asleep at a house party and woken up to find someone groping them? They all had. That is shocking to hear, but the rising consciousness about rape culture in the era of #MeToo might lessen its surprise. One further obscenity was how thoughtless – how “normal” – such violations had come to seem within a pathologically sexualised culture.

That gave Brennan, who also performs music under the name MissKate, another encouragement to deliver her debut play as writer and performer, which premiered last autumn as part of Show in a Bag at the Dublin Fringe Festival. A combination of verse monologue and the soundtrack of a live DJ, in the form of Handsome Paddy, it charts the coming-of age-experiences of a young woman named Mary Jane, from her formative years in Dublin and tending bar in England, to her dance floor epiphanies in New York’s club scene. Directed by Sarah Brennan, it is less a chronicle of suffering than a play about self-discovery, resilience and self-expression in a world where a young woman has to fight to be herself.

Abbey Theatre, Peacock Stage. Preview Jan 15. Opens Jan 16-26, 8pm €13-€25 abbeytheatre.ie
What should you expect from the mind of Philip Ridley? The English dramatist behind The Pitchfork Disney, The Fastest Clock in the Universe and the hotly debated Mercury Fur has long created work tinged with the surreal and pulsating with very dark, disturbing fantasies. Now two of his more recent monologue plays are staged together, bringing his combination of unsettling fairytale and contemporary horror to the Abbey Theatre in a production from Theatre Upstairs.

Since the eruption of professional protest last week against the Abbey’s recent programming policies, this presentation may exposes The Ridleys to some scepticism: is it an elevation of the pub-theatre producers to the national stage or an institution importing theatrical edginess on the cheap? But the sensibilities of the production, featuring a fame-hungry magician ready to perform shocking acts and recounting the extreme efforts undertaken by a woman to survive, are Theatre Upstairs’ stock in trade. Karl Shiels directs Rex Ryan and Katie Honan in a double bill from a writer with a talent to disturb.

The power of the pre-order
Real news has value SUBSCRIBE