The past is always present: This week’s theatre highlights

Dylan Coburn Gray’s Citysong, and Ann Blake’s Morning After the Life Before 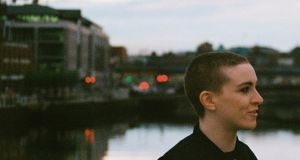 The easiest way of describing Dylan Coburn Gray’s already award-winning new work, co-produced by the Abbey and the Soho Theatre, is as a play for voices. That befits a trailblazing theatre maker and a spoken-word artist who observes no fixed barrier between the two. It’s also the subtitle to Dylan Thomas’s Under Milkwood, a polyphonic love song to a sleepy Welsh town teeming with life. In Citysong, Dublin gets similarly poetic treatment, a beautiful glimpse of a single day in the capital, through the eyes of one extended family, which both summons the details of its history while serving as a real record of the time.

“Look,” commands a voice, “the spire’s a spindle or axis and while it’s not vinyl the city is a record of all that has happened to us, is happening, or will.”

Guided by pleasing internal rhymes and given a compelling flow, Coburn Gray’s writing is captivating without drawing attention to itself. Here vivid details and character perspectives gyre, like the humorous account of a new birth which will trigger an older character’s poignant recollection of womanhood and girlhood. Lightly inscribed with the changing face of the nation, it’s compassionate and persuasive, an entirely contemporary piece that knows the past is always present.

Directed by Caitríona McLaughlin, the production transfers to London shortly after its premiere, a satisfying feat of record hopping.

THE MORNING AFTER THE LIFE BEFORE

Something that feels both cheering and canny has been the quick transition of the 2015 Marriage Equality Referendum from celebration into product. Earlier in the year we saw repeat performances of Colin Dunne’s A Day in May, a verbatim piece adapted from Charlie Bird’s collection of testimonies, and now Gúna Nua’s widely travelled and much-acclaimed production of Ann Blake’s personal reflections returns for another bite of the cherry. There’s nothing wrong with that: long struggles finally overcome and jubilant victories have always been stories worth telling. That is how legends are born.

Blake plays herself in the show, accompanied by Lucia Smyth who plays everyone else, telling a story that many will find familiar: first coming to terms with her sexuality, emboldened later in a relationship with her partner Jenny, and on through the galvanising campaign for equality.

“How’s the morning after the life before?” Blake’s brother texted her after the landslide victory: so much Yes. Through the eyes of one playful individual, whose life story balances humour and heartache, you can see again the difference a day made.