Shoplifters of the world unite: Charlie’s a Clepto is this week’s theatre highlight

In Clare Monnelly’s debut play, a misspelling spins her protagonist into a life of petty crime, but it’s the play’s subtle borrowings and light references that really steal the show 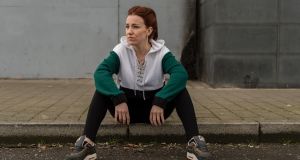 Beg, steal or borrow? Clare Monnelly in Charlie’s a Clepto

If talent borrows and genius steals, as the old line goes, what does that make Charlie? The protagonist of Clare Monnelly’s artful debut play turned to shoplifting at an early age, because of misspelling. Flaming out of a spelling bee at the first letter of “kleptomania” (hence the title), she rebelliously put the word into practice afterwards, spelling out each steal as she goes. S-T-I-N-G-E-R, say, or T-A-M-P-O-N-S. As writer, Monnelly’s lifts are much more discreet, lightly referencing everything from movie adventures like Finding Nemo and Forrest Gump while spryly plotting a quest for self-discovery with tropes familiar from Beowulf or the Odyssey.

Some more seasoned writers have fumbled with similar sources, but Monnelly preserves an admirable contemporaneity with the surge of classic storytelling. In a crucial 24 hours, Charlie prepares for an interview with social services to be reunited with her child, while pursuing her wheeler-dealer father through a myriad suburban perils that might have one foot in mythology. Directed by Aaron Monaghan, Monnelly’s performance is understandably fleet-footed, but the more refreshing thing is the fresh perspective she brings to the monologue play, an otherwise jaded form.

Take Charlie’s experience of giving birth, alone and unprepared, as heroic a feat as any of her daring exploits. Or the quietly won realisation, after a series of formative flashbacks, that she alone is the reason for her life’s mishaps: “That’s all me. I got me here.” You could say the same about Monnelly, who may take from the best of them, but makes this vivid and engaging play something that is all her own.