Sam Shepard, RIP: Was this a man? You’re damn right it was

The playwright, Oscar-nominated actor and friend of Ireland has died aged 73

Official trailer for 'Paris Texas' starring Harry Dean Stanton. The Veteran US actor has died at the age of 91. 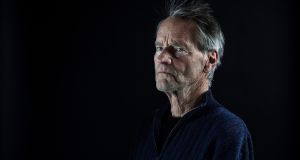 Sam Shepard at rehearsals in 2016 for his play ‘Buried Child’, which won the Pulitzer Prize in 1979. Shepard, the celebrated avant-garde playwright and Oscar-nominated actor, died in his Kentucky home on July 27, 2017, of complications from Lou Gehrig’s disease. He was 73. Photograph: Chad Batka/The New York Times 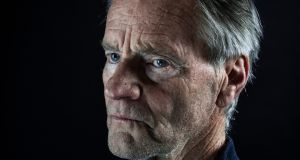 Sam Shepard at rehearsals in 2016 for his play ‘Buried Child’, which won the Pulitzer Prize in 1979. Shepard, the celebrated avant-garde playwright and Oscar-nominated actor, died in his Kentucky home on July 27, 2017, of complications from Lou Gehrig’s disease. He was 73. Photograph: Chad Batka/The New York Times

The death of Sam Shepard, US playwright, actor and author, has been announced at the age of 73. Shepard is known to cinema audiences for performances in such films as The Right Stuff, Days of Heaven and The Notebook, but his greatest legacy may be his work as a writer.

Ireland played a significant part in his later career. Two plays by Shepard, Kicking a Dead Horse and Ages of the Moon, had their world premieres at The Abbey Theatre, and in 2012 he received an honorary doctorate from Trinity College Dublin.

Fiach Mac Conghail, director of The Abbey at the time of those premieres, told The Irish Times that “he always said his greatest influences were Samuel Beckett and Little Richard”.

In 2013, Shepard helped Derry celebrate its time as UK City of Culture by writing and appearing in a new play titled A Particle of Dread. His old friend, the Irish actor Stephen Rea, appeared in that production.

Shepard was born as Sam Shepard Rogers in Illinois, the son of an alcoholic father who worked as a teacher and a farmer. As a young man, he became hooked on all the art that then mattered: Beckett, jazz, rock and roll, abstract expressionism. By the early 1960s, he had inserted himself in New York’s experimental theatre scene.

Over the following years, often working with Ralph Cook’s Theatre Genesis programme, he took home six off-Broadway awards. As the decade drew to its close, though still largely unknown to the wider public, he had become a legend among the bohemian intelligentsia.

Michelangelo Antonioni, then one of the world’s most fashionable directors, hired him to write bits of his insane countercultural romp Zabriskie Point. He also contributed to Kenneth Tynan’s famously racy revue Oh! Calcutta!

Shepard was never far from the cultural sweet spot. Cowboy Mouth, a collaboration with the then-obscure Patti Smith, whom he dated, played on the West Side of New York in 1971. He was a co-writer of Bob Dylan’s enormous experimental film Renaldo and Clara, and, in 1978, he published a widely praised book on the singer’s Rolling Thunder Revue tour.

By 1980, Shepard had become established as one of the United States’ greatest living playwrights. High Americana was blended with awkward relationships in hugely influential works such as The Curse of the Starving Classes (1976), Buried Child (1979) and True West (1980).

That last play has been produced by the Royal National Theatre, The Donmar Warehouse and Steppenwolf. Philip Seymour Hoffman and John C. Reilly appeared in an acclaimed production in 2000.

Meanwhile, Shepard developed a parallel career as an actor in mainstream cinema. Directors quickly realised that there was no man better suited to embodying the class of wind-blasted integrity that John Ford enjoyed in earlier decades.

During the 1970s, in London, he formed a close friendship and professional relationship with Stephen Rea while working on such productions as Geography of a Horse Dreamer.

The two men came together again during Shepard’s Irish renaissance in the first decade of this century. “He came to us when the rest of the theatrical world had washed their hands of him,” Mac Conghail said.

Rea appeared in the world premier of Kicking a Dead Horse at the Abbey in 2007. Ages of the Moon opened at same place in 2009. He returned to Dublin in 2012 to appear with Patti Smith in an evening supporting the Abbey Theatre’s New Playwrights programme.

“He was an extraordinary supporter of young writers,” Mac Conghail continued. “He dealt with his demons and his creativity onstage and he wasn’t afraid to do so. His absence from his father was something he always engaged with. He always pushed the experimentation of theatre.”

The very last scene of The Right Stuff, Philip Kaufman’s study of the US space programme, finds two medics looking towards a figure emerging from a wrecked plane.

“Sir, over there. Is that a man?” one says. “You’re damn right it is!” his companion replies.