St Patrick’s weekend without the parade: The events that are still on

These events are still going ahead this weekend, inside and outside St Patrick’s Festival 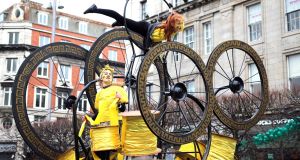 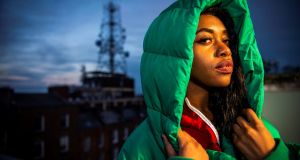 Here are some events that are still going ahead over the weekend and bank holiday – some within the St Patrick’s Festival, others not.

The Government has cancelled all St Patrick’s Day parades in the State in a bid to curb the spread of coronavirus, also known as Covid-19. In Dublin, the five-day, multi-faceted festival – this year loosely themed around the treasures of Ireland’s oral traditions, art, poetry and literature – has been severely curtailed.

At time of publishing, the events below are still on course course to take place, but advice may change. Check locally for changes.

Where We Live
Project Arts Centre, March 11th - 21st
Thisispopbaby’s mini festival within the festival, presenting new work in 22 shows over 10 days at Project exploring what it means and how it feels to live in Dublin and Ireland right now. Shows include Zero Zero: Crash Ensemble & Mango X MathMan in a creative collaboration between the worlds of street music, rap, spoken word and contemporary classical music.

A “celtic collaboration” with Wales and Scotland is two concerts: Northern Irish-English alt-folk duo The Breath with Scottish piper Brìghde Chaimbeul and fiddle player Aidan O’Rourke at the Pepper Canister, and Gruff Rhys and Richard Egan at Christchurch Cathedral.

Aware Harbour2Harbour Walk
March 17th, 9.30am-1pm, €27.14
The 15th annual Harbour2Harbour Walk in aid of Aware. Friends and family can choose to walk from Dún Laoghaire harbour to Howth harbour, or vice versa, along scenic Dublin Bay a 26km (16 mile) route suitable for most fitness levels. Stop at the Halfway Hooley hosted by Dublin Port Company for music and refreshments.

A 12-day festival in Ireland’s ecclesiastical capital, Armagh, celebrating the life and times of St Patrick in city locations where he walked and worked. More than 30 events - music, song, art, drama, dance, spoken word - including singer Brian Kennedy at the Church of Ireland cathedral, a St Patrick’s Day sunrise event at Navan Centre and Fort, and a celebration of St Patrick at the Catholic cathedral with composer and presenter John Anderson and visiting international choirs. Candle making, storytelling, puppetry and object theatre for children, and a St Patrick’s Day procession, and family day in Armagh city centre on 17th.

Snake Hunt at Hook Lighthouse
Co Wexford, St Patrick’s Weekend, hookheritage.ie
A search of the lighthouse lawns to hunt snakes from the peninsula (Sunday, March 15th , noon and 2pm). Any children who capture a snake can take it home as a pet. Plus if your name is Paddy or Patricia or Pat you get a free Lighthouse tour this St Patrick’s Day. Visitors can climb the 115 steps of the fifth-century tower where the monks of Hook Head in Co Wexford lit fires to warn ships off the rocks.

Competition for alternative events
For those looking for an alternative St Patrick’s Day that doesn’t involve big green hats and even bigger crowds, consider 7-Up Free’s competition for three bespoke experiences. Enter at 7upfree.ie for a chance to join folk duo Hudson Taylor for an intimate show in Urban Plant Life (100 prizes for two people), or a food event at Dublin’s Chocolate Factory, with dishes from William Murray of Currabinny (seven prizes for a group of three), or ‘hike life’ with well-being enthusiast Leanne Moore at Torc Mountain in Killarney, with an overnight stay in Victoria House Hotel (seven prizes, for two people).