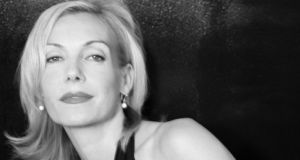 Born in Bavaria in 1898, playwright Bertolt Brecht worked principally in what is known as epic theatre, which favours provocative narratives interspersed by debate and analysis. This new dramatic form, essentially a forum for his political beliefs, also included songs/poems that would match the unfolding storylines.

Through works such as 1927’s The Little Mahagonny, 1928’s The Threepenny Opera, 1930’s The Rise and Fall of the City of Mahagonny (all three of which were co-written with Kurt Weill), 1939’s Mother Courage and her Children, and 1941’s The Resistible Rise of Arturo Ui, Brecht left an indelible mark not only on theatre but also on what musical theatre could achieve. Songs co-written with Weill, Hans Eisler and Paul Dessau that formed a productive connection between the decades include the ballad of Mack the Knife, Pirate Jenny (both from The Threepenny Opera), The Alabama Song, and Surabaya Johnny.

Beloved by musicians that can handle such sharp-edged, politically and emotionally turbulent material, Brecht songs have been covered by Nina Simone, David Bowie, Tom Waits, PJ Harvey, Lou Reed, Divine Comedy, Nick Cave, Elvis Costello and Mary Margaret O’Hara. It makes sense, therefore, that the man who once enquired, semi-rhetorically, “in the dark times will there also be singing? Yes, there will also be singing. About the dark times”, should have an evening devoted to his work. Certainly, the line-up for Change the World: Bertolt Brecht Songs and Poems for 2019 is such that the man’s output will be delivered with equal amounts authenticity and invention.

The linchpin of the two concerts (Saturday, September 14th, Sunday, September 15th) is Ute Lemper, the German-born, NYC resident singer and actor whose back catalogue includes several albums of Brecht/Weill songs, and who is regarded as the duo’s best interpreter. Of her continued work to unravel the songs of Brecht/Weill, she has said it is more a mission than anything else. “I feel responsibility about it,” she told the Guardian some years ago, “to bring it back to the new generations, revive the music and take the stigma off the German language.”

Lemper isn’t the only lauded interpreter of the Brecht/Weill canon, of course. Dublin-based Camille O’Sullivan could easily lay claim to being in the same league. Singer and actor O’Sullivan has been a much-vaunted admirer of the Brecht/Weill catalogue for nigh on 20 years, performing their songs when it was neither fashionable nor profitable (initially under the mentorship of Dublin-based German singer Agnes Bernelle, who with her 1977 debut album, Bernelle on Brecht And…, introduced Brecht/Weill to Ireland’s punk rock community).

Two of the very same native punk contingent that were listening were imaginative Dublin-based troublemaker Gavin Friday and Co Cork dissenter Cathal Coughlan. It is no surprise to see both of these musicians on the line-up. Between them, they have the Brecht/Weill aesthetic down to a tee. From Friday’s mid-’80s Blue Jaysus Cabaret on the Dublin docks and his 2001 Tivoli Theatre tribute show, Ich Liebe Dich (staged later in that decade as part of the Dublin Theatre Festival) to Coughlan’s insider knowledge of inventive dark arts, one can only imagine the layered quality of homage we have here.