Yuga Wang makes her Irish debut, and Vagabones gets its first Irish airing 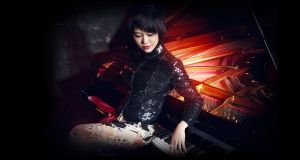 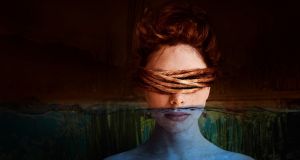 Raymond Deane’s Vagabones is the third opera to be given a first Irish airing in as many months.

Yuja Wang, Staatskapelle Dresden/Myung-Whun Chung
NCH, Dublin https://iti.ms/2ZsTHrC
Rachmaninov’s Third is the concerto of the moment for the Beijing-born, 32-year-old super-pianist Yuja Wang. She’s got no fewer than 13 performances of it scheduled before the end of the year, and her Dublin performance with Staatskapelle Dresden under Korea’s best-known conductor, Myung-Whun Chung, marks a long-awaited Irish debut for one of the most fascinating pianists before the public today. There’s just one other work in the programme for this 8pm concert, Brahms’s Second Symphony.

Vagabones
Civic Theatre, Tallaght and on tour operacollectiveireland.com/production/vagabones/
How times have changed. Opera by Irish composers was once an extreme rarity. But Raymond Deane’s Vagabones is the third opera to be given a first Irish airing in as many months. Its world premiere comes from Opera Collective Ireland, with Ben Barnes directing, sets and designs from Monica Frawley, and Sinéad Hayes conducting Crash Ensemble.

The libretto by the composer’s wife, Renate Debrun, is based on Emma Donoghue’s play Trespasses, and deals with the 17th-century trial of a witch in Youghal. The singers are Rory Dunne, Carolyn Holt, Kelli-Ann Masterson, Sarah Power, Rory Musgrave, Ross Scanlon and Fionn Ó hAlmhain. And after two performances at the Civic Theatre in Tallaght, the production tours to Dundalk (Tuesday), Youghal (Thursday) and Waterford (this day week).

What Courtney Love did straight after she left 1980s Dublin
6