The Rolling Stones: Living in a Ghost Town is their best new song in years

Referencing the Covid-19 crisis over a dub-influenced backing, this is a trim, relevant sound 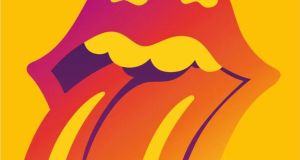 Rolling Stones: Living in a Ghost Town was the product of recent recording sessions. Photograph: rollingstones.com

The coronavirus outbreak is clearly going to inform a lot of rock and pop music in the not-too-distant future, but who would have thought that the Rolling Stones would be early to market with a Covid-19-themed song?

After all, the Mick Jagger-Keith Richards songwriting partnership is not inclined to over-exert itself in its autumn years. It’s eight years since the Stones released an original song – the same length of time that elapsed between the appearance of their debut single and the arrival of Sticky Fingers – and 15 since their last album of new material, A Bigger Bang. Packing stadiums has long been the Stones’ raison d’etre and they’re clearly aware they don’t need new songs to do that. On their most recent tour – which began in 2017 and would still be on course were it not for the coronavirus pandemic – the most up-to-the-minute addition to their setlist was 25 years old, which didn’t stop its European leg grossing an eye-watering €220 million.

And their last studio album, Blue and Lonesome, consisted solely of old blues and R&B covers and was, by some considerable stretch, their best-received in decades. You might be forgiven for assuming that the Rolling Stones would never again release an album of new songs, and not least because Blue and Lonesome had a pleasing circularity to it, returning them to where they began: cranking out Willie Dixon and Jimmy Reed numbers.

Or perhaps not. Living in a Ghost Town was apparently the product of recent recording sessions. By Jagger’s account, the lyrics were already eerily prescient – “about being in a place which was full of life, and then now bereft of life ... full of plague terms” – but were reworked to suit the current moment. They are certainly a far better attempt at coming up with something contemporary and newsy than A Bigger Bang’s clumsy Sweet Neo-Con or indeed Jagger’s Skepta-assisted solo single England Lost.

The music, meanwhile, feels appealingly sleazy, as befits a song in which Mick Jagger complains, very Jaggerishly, that social distancing is preventing him having as much sex as he’d like. It’s also burnished by intriguing sense of vaguely dub-influenced space. At one point, it breaks down to little more than a stabbing, echoing organ with a vintage reggae flavour.

Elsewhere, you can hear a faint echo of Blue and Lonesome’s sound in the thin layer of distortion that covers Jagger’s harmonica and vocal. As evidenced by his performance of You Can’t Always Get What You Want on the One World: Together At Home livestreamed concert, his voice – with Keith Richards and Ronnie Wood’s guitars weaving around him – seems immune to the kind of ravages you might expect to have been visited on a 76-year-old singer.

Latter-day Stones albums have been marred by a sense of being overworked – not least Bridges to Babylon, with its tortuous gestation and plethora of producers. But here, as on Blue and Lonesome, knocked off in three days, working at speed seems to have had a beneficial effect on the music: Jagger says he wrote it in 10 minutes. Living in a Ghost Town feels trim and light on its feet. It’s clearly not going to depose Brown Sugar or Sympathy for the Devil from the setlist whenever the Stones return to arena-packing, but it’s substantially better than the stuff Jagger and Richards came up with 15 years ago. – Guardian