The Irish music services hoping to transform the industry

Nucleus, Yangaroo and Subwoofr are the latest Irish generation of tools and services for musicians that hope to shake up the music industry 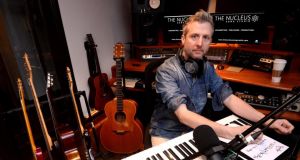 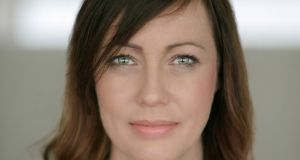 Sinead Troy: “On Yangaroo Music, new releases are stored in one area and customised to the needs of media with up-to-date details, saving time, space and stress” 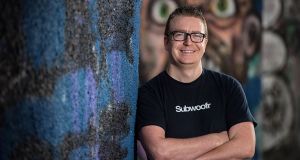 Joe Lennon: “I’m a passionate music fan, but had no prior experience in the music industry when I started Subwoofr”

Behind an unassuming door on the top floor of a Dublin city centre building a quiet revolution is taking shape. Inside, the branding on the computer screen monitors of The Nucleus describe it as “Songwriting. Publishing. Production”, but Hamlet Sweeney sums it up more succinctly: “It’s a hit factory,” he says smiling, shrugging casually.

For more than two decades, Sweeney has been involved in various facets of the music industry. As a singer-songwriter, he toured with the likes of UB40 and Meat Loaf; he trained and worked as a studio engineer in Scandinavia; he has run a showcase night at Dublin pub The Globe for the past eight years; and latterly he has been part of a LED screen company, providing visuals at some of Ireland’s biggest gigs and festivals.

Now the Dubliner is hoping to build a new musical empire: a place that aims to facilitate songwriters and producers in creating the biggest songs in the business.

“Part of the reason it’s called The Nucleus is because songs are the atoms - not just of the music industry, but peoples’ love of music; certainly, mine,” he says, sipping tea from a mug in the HQ’s neat, homely control room that overlooks a bustling street.

“You can’t go any deeper than the song. A band is comprised of musicians who create songs, an album is comprised of songs – the song is the block on which it’s all built.”

That may sound like a romanticised version of the music business but The Nucleus is no charity endeavour. Sweeney has a sub-publisher on hand in the US to deal with whatever potential hits his team of writers and producers – which he is currently in the midst of signing and shaping – may come up with.

“It’s about getting the song in two months for the artist who came second on The Voice in Luxembourg – and then five years from now, getting one for Rihanna. People come in sometimes and they go ‘I just wanna make great music’, and I said ‘well, I wanna make music that makes great money, that’s also great music’.

The music industry has arguably become increasingly artist-focused in recent years, but Sweeney’s implementation of beneficial infrastructure for the people behind-the-scenes is a model that is used in other countries. His ultimate aim is to create a “core group of 10 or so” versatile writers of all genres, who can follow his briefs and collaborate on hits, while also offering single-song deals to peripheral writers and producers.

It all sounds impressive, but there are those who might argue that taking such a clinical approach to music is the antithesis of what it should be about.

“It’s a conveyor belt,” Sweeney admits. “But at the same time it’s still the magic in the songwriter that makes Mary O’Sullivan, a secretary in an office, or Tony O’Brien, a guy working in a garage, turn up the radio and their day gets a bit better because they hear that little pop song.

With talk of Irish music losing out to international artists on radio dominating the headlines lately, its launch comes at a fortuitous time.

Like Sweeney, Troy’s passion for Irish music led her to develop the platform (which also incorporates services for the advertising and award show markets) before anyone else got there.

“I met with a wonderfully forward-thinking person in Irish radio who suggested we introduce Yangaroo Music before any of the other ideas because it helps media – especially radio – by simplifying, streamlining, and organising how they receive the vast quantity of new releases from artists, labels and PR companies. On Yangaroo Music, new releases are stored in one area and customised to the needs of media with up-to-date details, saving time, space and stress.

“I really do think it will have hugely positive impact, and will encourage the music and radio industries to work together to elevate both Irish music and Irish radio.”

“I’m a passionate music fan, but had no prior experience in the music industry when I started Subwoofr,” he says. “My original vision was to enable artists to sell subscriptions directly to their fans – and for a recurring fee fans could get deeper access to their favourite artists: exclusive content, discounts, early access and even direct interaction with the artist.

“Along the way we kind of got sidetracked and built an amazing tool for creating websites. We’re currently working on delivering on my original vision, and I feel this has the potential to have a huge impact on the industry, not just here in Ireland, but across the globe.”

Feedback, he says, has been overwhelmingly positive since its launch, and there are already big plans afoot.

“Within a year we will have launched a new version that delivers on the original vision for the company. Our plan is to roll it out on a local basis initially – so we’ll start with Cork, move on to Dublin, and then spread out from there. In five years Subwoofr will be a dominant player globally, and will be one of the key products used by artists and other industry stakeholders on a daily basis.”

“Someone could turn around and say ‘I’ll give you a million quid’ - but is a million quid gonna write me a song?,” he says, laughing.

“If you wanna be a songwriter who wants to write for other people, your obligation isn’t to write one song; it’s to write a hundred songs. In that hundred songs, one of them might be good. And if you’re really trying and pushing yourself, there are highly-funded people in the industry waking up every day to find you, and it. The Nucleus has deals and networks with these people around the world, so if I call them and say ‘got this killer tune!’, that’s it.

“Songwriters think ‘I just wish somebody could make the magic happen’ – but songwriters are the magic-makers. I’m just the Wizard of Oz behind the curtain – the old fat dude pulling the levers.”