Major redevelopment and Symphony Orchestra to be transferred under NCH remit 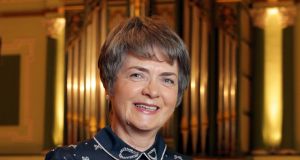 NCH chair Maura McGrath says €8 million allocation from Budget 2021 to transfer the RTÉ National Symphony Orchestra under the remit of of the concert hall will “sustain symphonic music in Ireland”.

April 2018 was an important month for music in Ireland. First, the €78 million redevelopment of the National Concert Hall (NCH) was announced. And within two weeks the Boaden review into RTÉ’s orchestral provision was published. The review did not pull any punches in describing the situation to which RTÉ’s management had led the orchestras.

The review stated: “In forming a set of recommendations for the future governance and operation of the RTÉ orchestras, we have had to accept that the status-quo arrangements have rendered neither the RTÉ NSO [National Symphony Orchestra] nor the RTÉCO [Concert Orchestra] fit for purpose.”

Boaden’s top recommendation is still worth quoting in full:

“The National Symphony Orchestra should be a national cultural institution, in its own right or within the National Concert Hall. RTÉ should enter into a broadcasting relationship with the NSO ensuring it has regular exposure via RTÉ’s TV, radio and online outlets. RTÉ should pay a fee in recognition of these broadcasting rights, with the remainder of the costs of NSO’s operations (net of any commercial income) met by direct Government funding (of €4m a year). This funding reflects our analysis of the costs of restoring the NSO to its historical levels of staffing and activity (regional performances and educational programmes).”

Concert halls do not normally run orchestras, for obvious reasons: the orchestra’s activities are in competition with all other events in the venue. Realpolitik may have governed Boaden’s inclusion of the qualification “or within the National Concert Hall”. If so, that consideration was prophetic.

Early in July 2018 the cabinet agreed in principle that “the RTÉ National Symphony Orchestra should come within the remit of the National Concert Hall and should not be established as a separate State body”. As a venue, the NCH has an effective monopoly in its main market in Dublin. That monopoly, which is not to be found, say, in theatre or the visual arts, is a reflection of official Ireland’s narrow view of the place of the wide swathe of European and international art music in Irish society. As with the current pandemic, advisers advise and governments decide.

The hall’s outgoing chief executive, Simon Taylor, elaborated on the development plans in an interview with The Irish Times in June 2018. But since then, not much made it into the public domain about how either project was progressing. That is, until Budget 2021, which saw an allocation of €8 million for the transfer of the orchestra and gave the information that the move was scheduled for 2021.

Change management is big on the hall’s agenda. Taylor retires next January (applications for the job closed earlier this month) and the chair of the board, Maura McGrath (on the board since 2014, chair since 2016), is on a term officially slated to the end of next June.

Our interview was in her office in the Earlsfort Terrace complex in one of the corridors the public rarely ventures into. McGrath comes across as affable, open, curious and thoughtful – the hall’s website gives her background as “extensive experience in human resource management and corporate governance”.

She is, of course, “delighted with the clarity and the certainty” that the €8 million allocation brings, as she puts it, “to fund the orchestra and sustain symphonic music in Ireland”. Although an oversight group, involving what is now the Department of Tourism, Culture, Arts, Gaeltacht, Sport and Media, the NCH and RTÉ, has been meeting for more than two years, a lot of key issues still appear to be undecided.

She describes the NSO players as having been “immensely resilient and patient over the past two years, since the government decided in principle to transfer the orchestra”. They will surely warm to her view of the move as “a new beginning”. Although, as McGrath points out: “There’s legislation required, the funding has to be transferred, there’s also governance.” Her hope is that the transition will be effected by next summer.

The orchestra is already based in the NCH but managed and funded by RTÉ. The list of fuzzy details is long when it comes to the fine print of the transfer. It even includes the target playing-strength of the orchestra. This was announced as 93 in 1989 but never taken beyond 89 and is now “approximately 60 full-time players” – a level below the founding complement of 62 for what was then the Radio Éireann Symphony Orchestra in 1948.

There is the matter of NSO representation on the board. And the provision of dedicated rehearsal space for the orchestra is having to be put back on the table “to be reviewed and considered” now that the transfer is being funded.

Boaden’s recommendation that sought to tie RTÉ to a contract to broadcast the orchestra’s concerts seems to have been set aside. This means that the issue of orchestral access to RTÉ Lyric fm – or broadcasting rights if you look at it the other way – is now a can that has been kicked down the road.

It looks like a dangerous move, given that for years RTÉ has not recorded, let alone broadcast, all the orchestral programmes it has presented in the NCH. Radio has always provided the biggest audiences that the NSO has access to. In the new scenario, the RTÉ Concert Orchestra, which will continue to be managed by RTÉ, will be the national broadcaster’s main concern, not the NSO.

On the other hand, the fact that the NSO is to be fully funded by the State does yield a kind of security beyond anything RTÉ could offer in its current parlous state.

There have also been changes to the redevelopment plans. The idea of extending the length of the hall by knocking down and rebuilding the wall behind the stage as far back as the site will allow has now been dropped. The slight increase in capacity, from 1,250 to an estimated 1,350 seats, will instead be achieved by creating a second tier of balcony seating. There will also be more aisles to make access easier and provide better escape routes.

It will be interesting to see if the changes will remedy the flaws in the hall’s less than ideal frequency response curve, which present problems for certain lower-pitched voices and instruments, and the variability of the quality of sound between different seating areas.

McGrath is adamant the best outcome must be found: “If the acoustics aren’t right for the audience, then that’s not the experience that we want our audience to enjoy.”

Audiences will undoubtedly appreciate the larger foyer, the relocated restaurant and new winter garden cafe, and the better access between floors through the reopening of the original staircases. She expects the transformation to create a foyer which is “a living space” – a place that will connect with the wider community independently of the musical activity presented in the hall. Performers will benefit from improved and expanded backstage facilities and an enlarged performing area with stage and piano lifts.

There will also be “refurbishment and restoration of the historic 1865 block adjacent to the main auditorium” – it’s a smaller, narrower space on the southside of the main auditorium, which matches the original style of the hall.

The NCH’s closure for redevelopment is currently scheduled for the start of 2022 and, given the timescale of two-2½ years, the logical time for reopening would be the start of the 2024-2025 season.

I couldn’t leave McGrath without asking about the hall’s policy when it hires the venue to outside promoters. Pat Egan, one of those promoters, has publicly complained of the “archaic and non-transparent booking system” he has had to deal with.

The situation is that the hall gives priority to its own programme, including learning and participation activities, and to the work of the RTÉ NSO and RTÉCO. The diary is opened to external promoters one year in advance. I’m not sure that would fully explain Egan’s claim that “in 2018 the main hall of the National Concert Hall in Dublin was dark for 101 nights, despite business being readily available”. And it would seem that a short 12-month window for external bookings has to skew the options very heavily in favour of the hall and the two RTÉ orchestras.

McGrath sings the praises of Taylor as having moved the NCH away from being essentially a receiving venue (the hall has no control over RTÉ’s programming) to becoming a curated space generating its own programmes.

In implementing the NSO transfer and the redevelopment project, Taylor’s replacement will inherit an entirely different set of issues. McGrath says his successor will be “somebody with a strong affinity for music, who ensures that the NCH lives up to its national remit while at the same time ensuring that there’s a leadership voice for music in Ireland. Who will lead and manage those major strategic projects of a smooth transition of the NSO to the NCH and a redevelopment that will serve us well and be a living space for artists, audiences and all of our visitors.”

And that will all have to be done in the unpredictable circumstances of a world still ravaged by the effects of Covid-19.