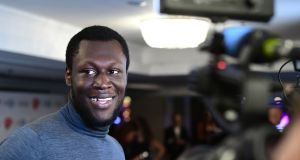 Ed Sheeran bagged two Ivor Novello Awards as Stormzy also triumphed. Sheeran — who had two Ivors to his name prior to this year’s ceremony — beat himself in the most performed work category with his hit track, Shape Of You, coming out on top ahead of his and Benny Blanco’s Castle On The Hill and Human by Jamie Hartman and Rag n Bone Man.

The song, co-written by Steve Mac and Johnny McDaid, is from Sheeran’s award-winning third album, Divide, which has smashed records since its release in 2017. It also earned him the title of songwriter of the year in a special award.

Not be outdone, Stormzy, who beat Sheeran to two prizes at the Brit Awards in February, claimed the album of the year prize as he celebrated black music as “the popping thing right now”.

He was referencing the nomination of fellow rapper Dave and singer-songwriter Sampha with the former beating Stormzy to the best contemporary song prize for his politically-charged anthem, Question Time.

The song, co-written with Fraser T Smith, takes aim at Prime Minister Theresa May and pays tribute to the Grenfell Tower victims across seven minutes with no chorus.

Earlier Stormzy had said he had dreamed of an Ivor win as he remarked on their unique status.

“It’s your pen, as a songwriter ... your pen is... your most trusted asset. It’s our arsenal, it’s our weapon, it’s our everything really.

Elbow also triumphed at the ceremony in central London on Thursday, bagging the best song musically and lyrically gong ahead of Sampha and Everything Everything.

Billy Bragg, Lionel Richie, Cathy Dennis and Billy Ocean were among those handed special recognition prizes, with Richie handed the international award for leaving an “indelible mark on British music”.

Bragg was honoured for his outstanding contribution to British music while Ocean received the international achievement award. Dennis was recognised for her outstanding song collection.

Thea Musgrave was recognised with the Ivors classical music award for an “outstanding body of work in the classical genre”.