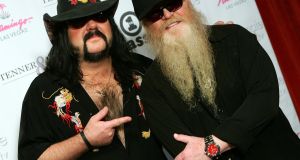 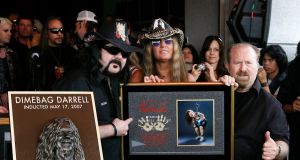 Vinnie Paul, the drummer and co-founder of heavy metal band Pantera, has died, the group announced in a statement on Facebook.

The Texas-born musician died aged 54 on Friday evening, but no cause of death has been given yet.

Paul formed Pantera in 1981 with his brother, “Dimebag” Darrell Abbott, and went on to earn four Grammy nominations and a No 1 album in the US in 1994.

The band disbanded in 2003 following reports of a rift in the group and its singer’s intention to leave.

In a statement on Pantera’s Facebook page, the group wrote: “Vincent Paul Abbott aka Vinnie Paul has passed away. Paul is best known for his work as the drummer in the bands Pantera and Hellyeah.

“No further details are available at this time. The family requests you please respect their privacy during this time.”

Pantera’s platinum-selling album Vulgar Display of Power is considered one of the most influential heavy metal albums of the 1990s, having sold more than 2 million copies.

Paul and his brother Abbott, formed a new band Damageplan in 2004 after Pantera disbanded, but Abbott was murdered by a gunman during a concert in Columbus, Ohio later that year.

Artists from the wider rock and heavy metal scene have paid tribute to Paul.

The English-American rocker Slash tweeted: “Tragic news about Vinnie Paul today. He was one of the warmest people I knew. A truly good & fun friend. We’re going to miss you more than you could possibly have known. RIP buddy.”

Kiss guitarist Paul Stanley tweeted: “So sad to hear of the death of Vinnie Paul. Loved when Pantera did shows with us and in later years Vinnie was always front and center at all KISS shows. RIP and condolences to his family.”

Rock group Papa Roach tweeted: “Gutted to hear about the nicest guy in metal passing. Vinnie Paul showed us nothing but love. We’ll miss you Vinnie.”

The lead singer of Megadeath, Dave Mustaine, added to the condolences: “I just woke up in Belgium to the news that my friend Vinnie Paul has passed away. Another metal hero taken too soon. Say hello to Daryl for me. Rest In Peace, my dear friend.”