The three best classical concerts in Ireland this week 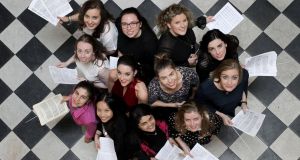 Paul McNamara
Hugh Lane Gallery, Dublin; noon; free; hughlane.ie
The Limerick tenor Paul McNamara, who is based in Germany, where he has a reputation as a Heldentenor, is a thoughtful recitalist. His latest programme with his regular partner, Phillip Mayers, the Australian pianist, focuses on “composing conductors”. The lineup includes two Irishmen, Charles Villiers Stanford and Hamilton Harty, along with Engelbert Humperdinck, Felix Mottl, Richard Strauss, Arturo Toscanini and Paul Hindemith.