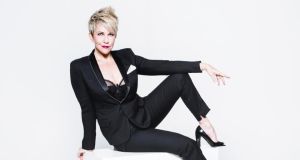 Joyce DiDonato: the Grammy-winning mezzo-soprano will appear at the NCH accompanied by the Il Pomo d’Oro period-instrument ensemble

Artists from Joyce DiDonato to Damon Albarn and residencies by Philip Glass and Barry Douglas will feature over the next 12 months at the National Concert Hall.

Albarn, best known as a member of the British groups Gorillaz and Blur, appears in the Perspectives contemporary-music strand with a new audiovisual work inspired by Iceland’s landscape. The Perspectives line-up also includes Laurie Anderson and the techno artist Pantha du Prince.

The design for the redevelopment of the NCH is due to be finalised, and planning permission applied for, by this autumn, with work starting in 2021-22

The Philip Glass residency will be in November; that of Barry Douglas and Camerata Ireland will mark the chamber orchestra’s 20th-anniversary year.

Other highlights include a new commission for Jennifer Walshe, part of a survey of women composers with Sounding the Feminists; the second iteration of the NCH’s female-conductor programme – “giving young Irish women the opportunity to be part of the further breaking of a still-significant glass ceiling in the music business”, according to Taylor – a chamber-music series, called Irish Art Song, and Hugh Tinney’s Beethoven series.

The Dublin venue launched its full programme in one go for the first time, rather than dividing it into separately announced strands, a change that its chief executive, Simon Taylor, hopes will “showcase the breadth and scope of what the National Concert Hall does and its direction of travel in a more holistic way”.

The launch came in the run-up to the redevelopment of the NCH’s building, on Earlsfort Terrace, just off St Stephen’s Green. The design is due to be finalised, and planning permission applied for, by this autumn, with work starting in 2021-22. The NCH’s chairwoman, Maura McGrath, said the venue’s programme would continue during the redevelopment and was an opportunity to be creative outside the confines of the hall.

Simon Taylor also expects the National Symphony Orchestra, currently part of RTÉ, to transfer to the NCH in 2020; an oversight committee is discussing the requirements for a successful move. He said the orchestra’s place in a “wider remit for the NCH will accelerate this process of programme development and allow both parts of the new combined organisation to expand their artistic, creative and educational horizons to the benefit of our shared audiences both here at the NCH and nationally”.