More bang for your bucks: This week’s classical and opera highlights 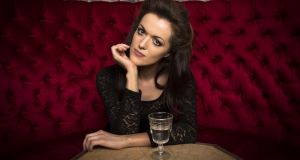 Claudia Boyle will be one of 12 leading Irish singers taking part in the Big Bang! at the NCH on Tuesday. Photograph: Kip Carroll

The National Concert Hall’s Chamber Music Gathering is a three-concert, cross-generational chamber-music bash spread across three venues. The senior participants include members of the RTÉ orchestras, the Irish Chamber Orchestra and the Vanbrugh. The list of younger players includes founder-members of the Ortús Festival in Cork (running this year from Friday February 23rd to Sunday February 25th) and musicians who have featured in string quartet master classes at the West Cork Chamber Music Festival. The Chamber Music Gathering focuses exclusively on works for strings by great names: Mozart, Beethoven, Mendelssohn, Brahms, Tchaikovsky, Dvorak and Schoenberg – whose Verklärte Nacht of 1899 is the most recent piece on offer.

The new Irish National Opera company is now a reality. It has an artistic director (Fergus Sheil) and an executive director (Diego Fasciati), and two shows are already on sale: a tour of Thomas Adès’s Powder Her Face beginning on Saturday February 24th, and a new Patrick Mason production of Mozart’s Le nozze di Figaro opening on Friday April 13th. On the day the company is announcing its full 2018 programme it is also holding a Big Bang! celebration concert, handing the stage of the National Concert Hall over to 12 leading Irish singers – Claudia Boyle, Orla Boylan, Sharon Carty, Jennifer Davis, Anna Devin, Imelda Drumm, Máire Flavin, Ben McAteer, John Molloy, Miriam Murphy, Gavan Ring and Padraic Rowan – with Fergus Sheil at the helm of the RTÉ National Symphony Orchestra. And the celebration will continue even after the music stops, with free fizz for everyone after the show.

Russian conductor Stanislav Kochanovsky, who is the same age as the National Concert Hall (he was born in 1981), makes his debut with the RTÉ National Symphony Orchestra in a programme of Debussy, Bartók and Berlioz. His soloist in Bartók’s Second Violin Concerto is the Ukrainian violinist Valeriy Sokolov. The Hungarian masterwork is framed by two French pieces, Debussy’s alluring Prélude à l’après-midi d’un faune and Berlioz’s startlingly original Symphonie fantastique.