Managing chaos: ‘Guns N’ Roses were really out of control’

‘They felt dangerous and edgy. You knew you were watching a train wreck, but you couldn’t keep your eyes off it,’ says former Guns N’ Roses manager Vicky Hamilton 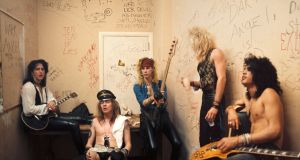 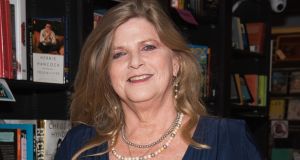 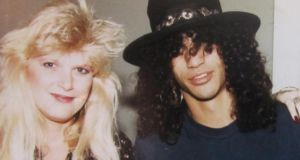 The people who work behind the scenes always have the best stories. In the case of Vicky Hamilton, she has put many of her stories about working as a manager with Guns N’ Roses, Mötley Crüe, Poison and others into a book.

The result is Appetite for Dysfunction, a fascinating story of what happened when a woman from small-town Indiana came face-to-face with the glam of the Los Angeles music scene of the early 1980s.

Hamilton resisted the urge to write a memoir for a long time.

“I’ve always been a behind-the-scenes person, so to put myself out there like that wasn’t exactly what I thought I should be doing. It finally got to the point where I started forgetting things about what had happened. Thankfully, I had taken a lot of notes and I had made tapes of stuff in the 1980s or a lot of the stories would have gone by the wayside. I figured it was time before I had completely forgotten.

“I did leave out quite a bit: I didn’t want to go into bashing anyone. I wanted to leave it up to the reader to decide what actually happened.”

Her story began in Fort Wayne in Indiana, where she worked as a record store clerk, venue booker and reviewer, but Los Angeles beckoned in 1981.

“Surviving in Los Angeles is and was very hard,” she says. “A lot of hopefuls come here trying to get into the entertainment business. Everyone is an actor, singer, model, waitress, dog walker blah blah blah. I wasn’t the only one looking for a break at that point.”

After working as a waitress in various Hollywood clubs, she landed a job in the Licorice Pizza record store and started promoting shows at venues like the Whisky a Go Go. It was clear from early on that Hamilton had a great eye and ear for emerging talent, and she worked with Mötley Crüe, Stryper and Poison as they began to appear on the scene.

What made them stand out?

“They were different, she says. “They weren’t in the cookie-cutter mode of the other bands around. When I worked with Mötley Crüe, punk rock was huge with Black Flag and The Misfits. They were glam rockers in make-up with high-heeled boots and you go ‘What is that?’ They got beat up a lot, too, because of how they looked, but I thought it was fresh.

“Poison were just really fun, they’d a great show. People passed on them because they were not really that developed as songwriters, but when you went to see them, you couldn’t help but like them. “But by the time Guns N’ Roses came along, every label had four or five Poison-type bands and it had just got stupidly girly. The hair could not get higher and you couldn’t get more eyeliner or whatever.”

Hamilton was one of the first to see the potential in Guns N’ Roses.

“They felt dangerous and edgy. You knew you were watching a train wreck, but you couldn’t keep your eyes off it. No one had the magic they had. They were just brilliant when the five of them came together. It was a case of ‘Wow, what is this?’ For me, it lit up like a rocket at that time.”

Aside from managing the band and bringing Slash into the fold, Hamilton also put the band up in her apartment for six months. “I’d like to think I do that for every band I work with, but I’ve not lived with any band since Guns N’ Roses,” she says with a laugh. “That was insanity. It was supposed to be a couple of days and turned out to be months, and the bidding war broke out while they were living with me, so I had to just deal with it.”

After the band signed with Geffen in 1986, they took on new management and Hamilton landed a job with the label.

“I never quit managing, but after Mötley Crüe, Poison and Guns N’ Roses, it became very clear to me that there wasn’t a lot of stability being an independent manager. Getting a weekly pay cheque sounded good to me.”

The problem for Hamilton was the corporate structure at the company. “I’ve always been an independent spirit, and it didn’t suit me to have someone else having to approve what I could sign.”

“I’m grateful for having David Geffen [the label boss] and Tom Zutaut [the A&R who signed Guns N’ Roses] in my life, and it felt like I’d made it, but a year into that it felt that my hands were tied because Tom had to okay all my decisions. I’d never worked like that.”

Did she regret not continuing to manage Guns N’ Roses?

“I still wanted to manage them at first, but when I got offered the A&R job, I felt that was what I wanted to do. Geffen felt they needed major management, even though I thought I’d done a bang-up job. Who knows if they’d have lived or died if I hadn’t taken them under my wing? They were really out of control at the time. Remember, most of the major managers had already passed on them. Like, we had a meeting with Doc McGhee and the band were nodding off at the meeting.”

In 2012, Guns N’ Roses were inducted into the Rock and Hall of Fame, and Steven Adler and Slash publicly saluted Hamilton’s contribution to the band. “It surprised me,” she says. “I’ve stayed friendly with Steven and Slash, but they’ve never acknowledged me to that degree. It felt very gratifying. I was going through some really traumatic health things in my life at that time and that was the one high note. It was 25 years later, but it still meant a lot.”

Some of the most moving writing in the book comes when Hamilton talks about working with June Carter Cash on the latter’s Press On album in 1999. “When I worked with Poison and Mötley Crüe and Guns, they were all baby bands. When I worked with June, she was already established and had a huge career. I was in awe of her. It all came about because Rick Rubin told her she should make a record with me. I mean, I had to call my niece for the 101 on country music instruments. I was a newbie to that scene, even though my mom and dad were hillbillies. I didn’t know if I could do it, and then I fell in love with June and I had to do it, so I enlisted some great people and felt I could handle it.”

These days, Hamilton finds herself drawn more and more to writing. Apart from Appetite for Dysfunction, she has written a musical and screenplays and is working on a documentary.

“My career has been like a rollercoaster ride. Financially, I’ve been up and down and in between. Even writing this book has been a big risk. I got an investor and I’m $30,000 into it and hopefully I’ll recoup it. I’m currently working on a fictional version of it, and a TV producer wants to shop that. You have to go with your gut instinct and realise that you were meant to do some things. A small voice inside says ‘carry on and keep your eyes on the prize’.”