Many great composers were also great improvisers, Mozart, Beethoven and Bruckner among them 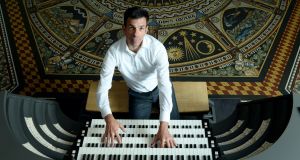 German organist Ansgar Wallenhorst is such a fan that he included no less than three improvisations in his recital at St Michael’s Church, Dún Laoghaire, on Sunday 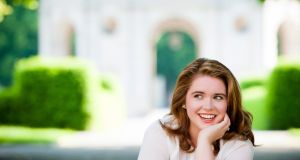 If you haven’t heard Tara Erraught tripping through the obstacle courses that Rossini created as vocal showcases for his singers, you’re missing out on an essential experience of 21st-century Ireland

Everyone improvises. It’s what we do when we speak spontaneously, or hold a conversation, or answer a question, save for politicians, who like to trot out prepared responses that might bear scant relation to whatever they are supposed to be talking about or the actual questions they were asked.

The fact that there’s no mystery or mystique attached to the idea of speaking without a script is probably due to no more than the fact that we all do it all the time. But if you’re facing an interview, whether it’s in the pursuit of a job, or to promote a cause close to your heart in print, on air or online, you’ll probably want to do some homework first.

If you’re going to give a speech you’ll do a lot of preparation and probably need notes unless you have nerves of steel and a phenomenal memory. And, of course, if you’re a politician, you’ll probably have someone else write it for you.

Shift all of this from speaking into music, and the issues are quite similar, though you’ll likely stumble at the first hurdle: the idea of making music as a spontaneous, unpremeditated act. Not many people feel that they can sing or play an instrument with the ease they can bring to speaking a sentence they’ve never spoken before.

Many great composers were also great improvisers, Mozart, Beethoven and Bruckner among them. And the spread of sound recording during the 20th century brought us documentary evidence of what some of them actually sounded like. There are samples from Albéniz, Granados, Elgar and Vierne from the early decades of the century, and in terms of musical interest Messiaen heads up the long list of later organists whose improvisations have been preserved for posterity. You’re time will not be wasted if you chase some of these up on YouTube.

The real importance of improvisation, of course, is not at all related to public showcases or recordings. Historically speaking, the vast majority of composers have used improvising as a key part of the compositional process. Improvisation is not the end goal. It’s a practice that churns up ideas. It’s a testing ground for material, a melting pot in which the unforeseen and even the unforeseeable may be more useful than anything that might have been expected at the start.

While the public face of improvisation by classical composers and performers faded during the 20th century, the practice remained central to the composition and performance of jazz. Yet composers as diverse as Stockhausen (in his text-based pieces of the 1960s), Terry Riley (in the ear-tickling, overdubbed world of his A Rainbow in Curved Air album) and Lutoslawski (in his John Cage-inspired implementation of chance techniques) have also made significant use of improvisation.

Venezuelan pianist Gabriela Montero makes improvisations on themes suggested by audience members a feature of her concerts (you have to sing your suggestion to her) and organists are still specifically trained in the skill in a way that no other instrumentalists are.

German organist Ansgar Wallenhorst is such a fan that he included no less than three improvisations in his recital at St Michael’s Church, Dún Laoghaire on Sunday.

His first, a Fantasia and Fugue, opened with playing that genuinely ventured into the fantastical, and sometimes beyond towards the grotesque, and the fugue which followed was also not without whimsy.      His second, a Diptyque grégorien, paired the suave and the extremely odd, the second of the pieces exploring extremes of register in a way I’ve never heard from an organist before.

The third, an Esquisse symphonique on six given themes, was of the kitchen sink and all type, intended to make the blood race and to bring the house down.

Wallenhorst is a flamboyant player, and the ambition of his approach in works by Bach, Brahms, Grigny, Langlais and Vierne seemed at times to drive him well beyond his comfort zone on the Rieger instrument at St Michael’s. This made for an often edgy but also uneven evening.

There was not much in the way of unevenness from mezzo soprano Tara Erraught in a Friday evening opera gala with the RTÉ NSO under Gavin Maloney at the National Concert Hall. Maloney was a late stand-in for the indisposed Spanish conductor Ramón Tebar and his steady approach was, understandably in the circumstances, a little on the stiff side.

Erraught took her listeners with stylish aplomb through arias by Meyerbeer, Gounod, Mozart, and Bellini before she went into astonishing overdrive for a display of pinpoint perfection in a number of arias by Rossini. If you haven’t heard Erraught tripping through the obstacle courses that Rossini created as vocal showcases for his singers, you’re missing out on an essential experience of 21st-century Ireland.

Earlier in the week the young conductor Karen Ní Bhroin made her lunchtime concert debut with the NSO. Her programme did her no favours. Edward German’s Three Dances from Henry VIII and Frederick Delius’s Summer Evening are late 19th-century period pieces that really call for something special in performance. And Mendelssohn’s Midsummer Night’s Dream Overture and the Prelude to Wagner’s Meistersinger also have well-known perils.

The orchestra certainly responded to Ní Bhroin as a presence on the podium, and she handled herself surely and safely. But it was only in the home run at the end of the Wagner that she finally seemed to let herself off the leash. It’s going to be interesting to see how her musical character develops in the years to come.  mdervan@irishtimes.com