Other Voices rolls out its grand Irish experiment to Berlin 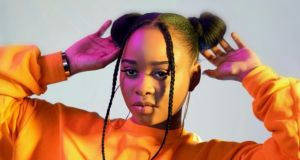 Soulé: “It’s so inspiring to be in Berlin. There’s such a buzz here”

First they took Manhattan and then Austin. Now, 15 years after starting in Dingle, Other Voices has finally had its Lou Reed moment to take Berlin.

With a top-rate line-up of the contemporary Irish music scene, Other Voices impresario Philip King welcomed the Berlin visit as sending an important signal of Ireland’s embrace of creativity as its unique selling point in the Brexit-Trump era.

“We feel the collision between the arts and sciences may offer us a competitive edge,” he said. “But investing in the arts in a traditional manner and looking for a definable outcome, like a tourism dividend, is not going to yield the holy grail of new intellectual property, whether it’s a film, song, play, piece of literature or new piece of digital kit.”

“It’s so inspiring to be in Berlin. There’s such a buzz here,” said Soulé on her first visit to the German capital. “There’s been a lot happening in the Irish music scene of late so it’s humbling to be part of bringing it out here. We’ve had such support.”

The Berlin visit for Other Voices was part of the German capital’s Tech Open Air interdisciplinary technology conference and was supported by the Department of Foreign Affairs and Creative Ireland.

Fact, fiction and family tension behind the ‘Little House’ books
9 'Writing is more than a one-issue thing'
10