Track of the week is from Kesha, who has nothing but love for her enemies 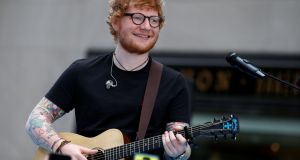 TRACK OF THE WEEK
Kesha - Praying
Enough time has been given to Kesha’s ongoing legal battles (especially in this column), and with a limited word count, we want to focus on this breathtaking track. Imagine having the grace and strength to wish peace upon your enemy, to sing “I’m proud of who I am”; consider the restraint to hold back on production but not drop into moody sparseness and the talent to hold that high note in the bridge. It’s a companion piece to Demi Lovato’s Skyscraper, and that’s one of the highest compliments we ever give.

Hero of the week is Kesha, who wrote an essay for Lenny about her new single. “I have channeled my feelings of severe hopelessness and depression, I’ve overcome obstacles, and I have found strength in myself even when it felt out of reach.” She went on: “This song is about coming to feel empathy for someone else even if they hurt you or scare you. It’s a song about learning to be proud of the person you are even during low moments when you feel alone. It’s also about hoping everyone, even someone who hurt you, can heal.”

Meanwhile, Ed Sheeran told Q that he would be into doing a biopic. The star, who proved his love for the fans by adding two more dates to his 2018 Irish stadium tour, said “I want to have an 8 Mile moment, but 8 Mile meets Notting Hill. Not gritty like Detroit but, like, Ipswich. I’ve got loads of songs about Ipswich that haven’t come out so I could make a soundtrack.”

Zero of the week are people who doubt her friendships, according to Lorde. She tweeted: “I’ve always found people’s perception of this ‘squad’ idea frustrating in the past; it was never some exclusive club or secret society, but a wide circle of people, some of whom I know, and some who I’ve never met, like most wide groups of friends.” She went on: “I want to say one more time that Taylor has been there for me in all my dark and light moments these past five years, all of them. I feel truly terrible that it would ever seem like I wasn’t faithfully her person.”