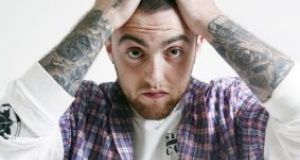 A Los Angeles man who prosecutors say sold counterfeit oxycodone to rapper Mac Miller two days before his death from an accidental drug overdose was arrested on Wednesday on federal charges.

The 26-year-old performer, whose real name was Malcolm James McCormick, was found unresponsive in his Los Angeles home on the morning of September 7th. He was pronounced dead at the scene.

Miller had spoken openly of his drug addiction in interviews and in his music, and dated Grande (25) for about two years before the couple split last year. Grande later released a song in which she sings affectionately of him.

Fentanyl is an extremely potent opioid about 100 times more powerful than morphine. – Reuters