Local Honeys with a degree in Hillbilly: This week’s best rock and pop gigs 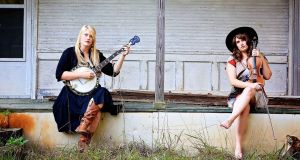 Local Honeys are at Whelan’s Upstairs on Tuesday February 4

This time two years ago, Somebody’s Child was a standalone songwriting project for other artists. There were no images of the songwriter and singer, and his name (Cian Goddo) was under wraps. All of these closely guarded identity issues changed in 2019: as the music filtered out it became abundantly clear that people wanted to see the face behind the vibrant tunes (a good example of which is the latest track, Love That Sound). This sold-out headline show kicks off the year in a good way for him – his next gig this month is at Dublin’s 3Arena, where he’ll be supporting Kaiser Chiefs, February 23rd. TCL

Elkae is the electronic-soul project of Dublin artist Laura Keane. Putting in the graft, she has performed at Electric Picnic, Independence, We’ve Only Just Begun and Bloom in recent years while releasing her music independently. Her third single, Conflictus, follows on from the richly layered and synth-heavy I Feel and the snappy Sold. She recently performed at Whelan’s Ones To Watch festival alongside Kyoto Love Hotel, MA-KA and Pixie Cut Rhythm Orchestra, and no doubt she’ll soon have a summer filled with festival appearances. LB

If organised messin’ is your thing, then Wastefellow from the Irish hip-hop label Softboy Records is yer man. Presenting the Winter Olympics, he calls on people to come together after dry January to warm each other in the glow of Olympic spirit and good tunes. Pitching some of Ireland’s finest DJs against each other, including Ladyhips, Kean Kavanagh and Wastefellow himself, to compete in categories like curling, bobsleighing and figure skating, they aim to take home and deliver the gold. LB

Celebrating five years of showcasing new Irish music and having previously given the likes of Soulé, AE Mak, Laoise, Thumper and Erica Cody their first Dublin gigs, We Bloom is back with a deadly line-up for 2020. You can catch Irish-Libyan artist Farah Elle, who blends R&B with North African influences, Dublin artist KYNSY, who uses her wit and dry humour to push a cross-section of indie, rock and electronic music and, last but not least, the alt-pop stylings of St Bishop on the night. LB

Kim Petras is everything you want in a pop star. Taking bubbly melodies with dark subject matters that come dripping in references to horror movies, the German singer creates music for people who love Britney Spears and miss Katy Perry’s early work. However, she has been criticised for choosing to work with Dr Luke, the producer who was accused of harassing and assaulting Kesha (the claims were dismissed in court), and her music sparks a debate among pop fans on whether you can separate music from the artist. LB

Not many people know this, but in 2015 Linda Jean Stokley and Montana Hobbs were the first women to graduate with Bachelor of Arts degrees in Traditional “Hillbilly” Music from Kentucky’s Morehead State University. Both women grew up in rural areas, where characters for song stories were never difficult to uncover, which means their beloved bluegrass/Appalachian music is littered with vivid, rugged, real people. TCL

Texan duo Eric Burton and Adrian Quesada formed Black Pumas about three years ago, but they really came to the fore at last year’s South by South West conference/music industry showcase event, when they nabbed a Best New Band gong. A nomination for Best New Artist at the recent Grammy Awards has further increased recognition for the funk/soul/Latin/hip-hop pair, who plug their well-received self-titled debut album. TCL

Some groups reside so far outside the mainstream that it is often sheer luck they break into some form of public awareness. So it is with Beak>, a group formed in Bristol more than 10 years ago by Portishead member Geoff Barrow, and who have kept such a low profile for so long that it is only recently they are emerging as an intriguing Krautrock-influenced force to be reckoned with. Special guest is Radie Peat, who steps out of Lankum’s invigorating, experimental trad for what promises to be a treat of a solo show. TCL

In what’s known as Cork city’s Historic Spine, the North and South Main Streets will host Quarter Block Party for a long weekend of music, parties and art. Calling on some of the best performers from Ireland’s contemporary music scene, including The Bonk, Myles Manley, CMAT, Autre Monde, Tonnta, God Alone, Maija Sofia and Aoife Nessa Frances, and some of our finest party starters such as Dublin Digital Radio and the Lords of Strut, this festival is the tonic to combat the last days of winter. LB

Born in 2016, via a tribute night to the music of David Bowie, Bedlam Suitcase developed apace, eventually gathering some years later in upstate New York, at the home studio of Dublin guitarist (and Bowie associate) Gerry Leonard. Here, the Irish band recorded their debut album, The Fourth Wall, with Leonard producing and playing on it. Tonight’s launch gig is a suitable validation for the group as they perform songs that (as they say in their press release) constitute “a nervous laugh in the face of calamity”. You have been duly advised. TCL

From guitar shredding to something more approximating melody, Dallas, Texas instrumental band Polyphia first started to gain recognition via their postings of guitar covers on YouTube. As years passed, the band released albums such as Muse (2014), for which they received positive reviews (“instrumental progressive rock that sounds like Michael Jackson and Nobuo Uematsu got together to write a sexy Final Fantasy soundtrack that doubles as baby makin’ jams . . .” – Metal Injection) and increased public awareness. In other words, you’ll be lucky to nab a ticket for these shows (Saturday’s gig is sold out). TCL

London-based DJ and producer Jake Stewart, aka 1-800 GIRLS, first got tongues wagging in 2017 with his laidback house track U, Me and Madonna, and he’s continued releasing dance floor beauts with stellar titles. With track names like Ferris Bueller’s Girlfriend and Call Me XO, he brings humour and pop culture to the club. Supporting him on the night is Dublin DJ and producer LPM, who has played at Electric Picnic and Life Festival, as well as Stamp DJs DMN and Someorla. LB

Because there is inevitably so much more to come, no one is saying the time has arrived for Mango x Mathman. The duo of Adam Fogarty and Karl Mangan have, however, been busy laying the groundwork over the past two years in order to make the kind of personal-socio-political statements that have made their 2019 debut album, Casual Work, such an impactful, passionate and multi-directional piece of work. The album promo tour starts in Galway and continues with further dates throughout the month: February 14th (Kasbah Social Club, Limerick), February 15th (Kino, Cork), February 29th (39/40, Dublin). The Dublin show is sold out, and you’ll be hard-pressed to get a ticket to the others. TCL

Iceland’s Gyda Valtysdóttir is known to some for having once been a co-founding member of experimental electronica group Múm, but since leaving the mothership the classically trained musician has worked with distinctive people such as Damien Rice, Kronos Quartet, The National’s Aaron and Bryce Dessner and Dustin O’Halloran. In Dublin as part of really invigorating Spike Cello Festival, Valtysdóttir is joined by inventive Irish musicians Kate Ellis (cello) and Caimin Gilmore (double bass). Spike Cello Festival runs until Sunday 9.  Visit spikecellofest.com for more details. TCL

Atlanta, Georgia’s Algiers (this sounds like a geographical mess, but bear with me) have quite the range of influences, both musically and philosophically. The former incorporates folk, post-punk, soul, gospel, blues, dub, free jazz and grinding funk; the latter includes South Gothic writings and the status of those existing and thinking on the margins of society. If anything can be pinned onto the band, it is the spirit of John Lydon’s sometimes challenging early PIL, such is the melting pot of ideas that drives them on. Experimental? Absolutely. Get to it. TCL