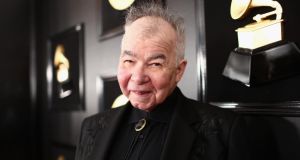 To those near and dear to him, the universe John Prine inhabited was known as Prineworld. It was a place of laughter and genial chaos, of warmth and affection, of sweet memories and hard truths.

In 2017 we spoke by telephone about an upcoming series of shows he was performing here. Prine, whose death was announced today, was then recording what would turn out to be his final studio album. “We’re going to call it The Tree of Forgiveness,” he said. “I’m not sure I’m meant to tell you that.” And then came the rasping chuckle that was never far away in any conversation with him. Sure enough, his office got back double quick. “Oh God, did John tell you the title of the new album?”

That sense of devilment and gentle humour was a constant throughout his career – I’m sure he has left a trail of tall stories long enough to brighten this world in time – but so was his innate understanding of the human condition and his sense of humanity. To the discerning his songs mined deeper truths about ourselves, truths that crossed borders and cultures with ease, especially in Ireland.

Ireland, he said, was a magical place. “I think it was because it reminded me of America in the 1950s and 1960s when I was growing up. It was my favourite time.” This nostalgia for a lost decency, for when “people didn’t mind talking to you”, as he put it in our conversation, coursed through his songs. “I try to write about things that actually happened so that I know it’s real before I put it down on paper… I’ve always tried to ground my songs in reality no matter how far-out they get.” His affection for the 1950s and the country music of the time – “the stuff they’re playing now is just bad pop music” – was reflected on his wonderful 1999 album of covers and duets, entitled In Spite of Ourselves.

He used demotic language and simple folk and country melodies to tell his timeless stories, always conscious of the need to communicate, to “write about things other people weren’t writing about”, to write honestly and empathetically. This ranged from his breakthrough song, Sam Stone, about an addicted Vietnam veteran, to songs about ageing such as Hello in There and the much-covered Angel from Montgomery. He was also not above the humble love song, elevating it to something very special, as in Glory of True Love. His genius was his ability to take the everyday and make it exceptional and vice versa.

And he was as funny as he was insightful. A John Prine show or album was guaranteed to put a smile on your face while making you think. Fellow songwriters such as Bob Dylan considered him a master of his craft while the newer breed, the likes of Jason Isbell and Margo Price, idolised him.

And now he is gone just when we need him most. Treatment for serious cancer had reminded him of his mortality. The final track on his final album was entitled When I Get to Heaven. “When I get to heaven, I’m gonna shake God’s hand/ Thank him for more blessings than one man can stand/ Then I’m gonna get a guitar and start a rock’n’roll band/ Check into a swell hotel; ain’t the afterlife grand?”