‘I feel heard and seen now. That’s the main difference’ 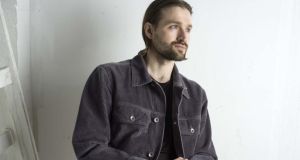 Hayden Thorpe: “It was quite interesting to be the leather-clad frontman of quite a ballsy record, while at the same time feeling quite unnerved and a bit fractured.” Photograph: Liza Geddes

When Hayden Thorpe woke up in his hotel room the morning after the final Wild Beasts gig, he felt one prevailing emotion: relief. “Y’know, it felt like a weight,” he says from his London home as he ponders life without the band he co-fronted for almost 16 years. “We couldn’t have done those last shows unless we all were still fully committed and fully in love with our band – but there’s a sensation of relief, having done justice to the songs that we’d cared so much for.”

He also left behind more than his role in Wild Beasts. “I had the last setlist on me, it just happened to be in my jacket pocket. And I thought ‘I either take this setlist with me, or I put it in the bin’, because I couldn’t take it – whatever had gone into the process behind that setlist, and whatever those songs represented – with me. I couldn’t rely on them anymore. Unfortunately, in my haste to get out of the room before I started to overthink it, I did also leave behind my favourite jacket,” he adds, laughing. “But I couldn’t re-enter the room because it felt like re-entering a tomb; I got a bit of voodoo about it. So somewhere, in some hotel room in London, some cleaner found the last Wild Beasts setlist... and a very nice jacket.”

Thorpe spent some of his teens, most of his twenties and his early thirties at the helm of one of the most unique bands of the last thirty years. With his delicate falsetto providing a featherweight contrast to co-vocalist Tom Fleming’s swarthy croon, their quirky take on art-pop challenged traditional masculinity tropes, as well as tussling with topics of love, sex and death.

Now, he is about to release his solo debut; a prospect that he was coy about when we last spoke before that final run of gigs. Although the band decided to split in November 2016 – just three months after the release of their fifth album, Boy King – they didn’t make the announcement public until September 2017.

“To be honest, I was writing it in secret – from myself, too,” he says of Diviner. “There was a quite natural incubation period of nine months where I was living between past and future; I was in this kind of holding room. And like any hothouse situation, it can be quite productive. There was power going through the circuit board and I was coming up with songs, but they were secret songs. I didn’t want to alter that environment by speaking about them or setting them up before they were ready to go.”

Initially, he had found the idea of putting out a record under his own name daunting – so he made up a pretend band, initially with an “apocalyptic folk”-themed album inspired by Trump’s America. “In my head, I had a project called Hayden and the Holograms,” he nods. “But really, I was a projection of myself. I was walking around and doing my day-job as frontman of a band as if everything was hunky dory, but we were kind of going through the promotional motions of Boy King, which was a record that we cared about. It was quite interesting to be the leather-clad frontman of quite a ballsy record, while at the same time feeling quite unnerved and a bit fractured. So I created Hayden and the Holograms within my own little world, and I created this imaginary album. But ultimately, the songs are pretty heartfelt and gutsy and it felt confusing to sell them as something that was a hologram, when they were something very much borne of flesh.”

The first song written for the album was the title track. It set the wheels in motion for a record that retains a familiarity in terms of tone and Thorpe’s majestic voice, but one that is more musically fragile and not quite as confrontational as some of his former band’s fare could be at times. Written on the piano he bought as a “totem” the month after Wild Beasts decided to split, he describes it as a “self-help album” of sorts. The process of writing these songs helped him make sense of his new world. “They were my solution to all these psychological contortions: the stresses of changing relationships, changing financial situations, changing family,” he agrees. “The fact that they existed made me feel better, so therefore I continued to cultivate them. I think the worst thing I could have done was to make Wild Beasts: Album 6 without the other guys. But in truth, we were such collaborators and the nature of our band was so determined by all of our input that I didn’t really fear much about sounding too much like Wild Beasts. At one point, I did lose my voice for some time due to illness, and it was going back to the piano and singing in this more fragile voice that kind of allowed me to re-tether my voice to myself.”

He says that he hasn’t sent the album to his three former bandmates; reading between the lines of what he says, it sounds like there hasn’t been a lot of contact since those final three gigs in February 2018. “I mean, we still... we’re the caretakers of both our past selves, and our old dreams... and a lot of quite expensive equipment,” he laughs. “So we’re in business with each other, in many ways. But no; respectfully, we all lead very different lives now and that’s something that’s been an amazing realisation of mine: that you can live in the closest of proximities to someone for the best part of a lifetime, and all the four of you have to do is make one decision separately for your life to become unrecognisable. I think in a society that really values obedience and conformity and a linear upward trajectory of life involving possessions, and career ladders and your wage packet... you can change really quickly. Things you have accumulated aren’t of value. I feel a lot looser for carrying less.”

Thorpe is resigned to being known as “that guy from Wild Beasts”, but he has faith that his “double agent” status won’t last forever. “Y’know, the day that the band’s split was announced, I took my mum to a Nick Cave gig in Manchester. And he was just spectacular that night, and he was obviously in The Birthday Party... so that was incredibly inspirational on that day. And also, I happened to be sitting behind Johnny Marr that night – a guy whose first band has been cryogenically frozen in a place of such legend. I’d never spoken to him before, but I just tapped him on the shoulder and shook his hand. So later that night, I did go to bed with a kind of hero’s understanding, as it were.”

As freeing as this process has been, he admits that he feels “queasy” at the thought of trying to plan too far ahead.

I guess they sound to me like the kid from the dull northwest, who was desperately trying to be heard and seen

“A lot of this record is about trying to divine the future and this sense of divination and trying to calculate what’s next,” he muses. “I guess in many ways, we look to patterns of the past to try to determine how to navigate the future. I have to say, working with songs has made me live without a plan; if they arrive, I arrive. I can’t explain it, exactly. All I know is if I were to tell you ‘Yeah, I have an X amount of albums in the bag!’, I’d just want to self-combust.”

The biggest difference, he says, between the early-twentysomething Hayden that wrote an album like the bravely offbeat, joyfully rambunctious Limbo, Panto and the Hayden that has written Diviner, is simple.

“I guess what I expect of myself is different. I look at that guy and I’m proud of him... I think he had balls, despite the frequency at which he was singing,” he deadpans. “The kind of artistry and technique of those songs, and the bravery of them... I’m so proud of them. And I guess they sound to me like the kid from the dull northwest, who was desperately trying to be heard and seen. I feel heard and seen now. That’s the main difference.”

Diviner is released on Friday, May 24th.