Gavan Ring sings swansong as baritone – and starts as tenor 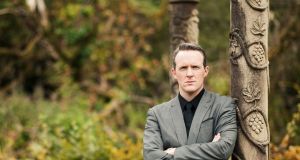 Gavan Ring sayshis sporting upbringing helped him to prepare in his career as a singer.

It’s the end of the road for baritone Gavan Ring. And the start of the road for tenor Gavan Ring. The Kerry singer, who has sung at the Glyndebourne and Wexford Festivals, and under Simon Rattle at the BBC Henry Wood Proms and the Lucerne Festival, is transitioning from one voice type to another. His upcoming role as Papageno in Irish National Opera’s new production of Mozart’s The Magic Flute will be his last appearances as a baritone.

He was always, he says, “a kind of higher-end baritone,” a voice type which has a special burnish all its own, but with individual singers tending to show greater strength at the higher, tenor-like end of the range, or the lower, bass-like end.

Music seems to have been in the blood in his family in Cahersiveen, where he studied tin whistle and piano, and had his grá for singing jump-started at the age of five or six by hearing The Three Tenors on a tape in the car on a journey up to Killarney.

“I remember being spellbound, even at that age. I think a couple of days later I was up in the bed trying to imitate the sound. There was something there from the beginning.”

He’s one of those people who spreads the credit for his achievements generously to the people around him, to his first piano teacher, Barbara Gloinson, his teachers at St Finian’s School in Mullingar, Padraic Ó Cuinneagáin for piano, and Shane Brennan for organ, and Mary Brennan, with whom he studied singing in Dublin.     He took a detour into primary teacher training, but as soon as he qualified he wanted to get back to singing. A masters and a doctorate followed at the Royal Irish Academy of Music, then a stint at the National Opera Studio in London.      When he was finding his feet as a performer, “I was always given a safe space to do so, and always with wonderful encouragement, with people behind me wanting me to succeed, wanting the best for me.”  He’s clearly one of those people who feels that you get out of life what you put in, and he would never have been found shy in terms of his own commitment and effort.

Sporting preparation is the ‘fail to prepare, prepare to fail’ sort of idea. My concern was always about doing the best that I possibly could

“It’s been a really, really lovely journey. As a career it’s fraught with uncertainty. You’re self-employed. You have to be pragmatic. If you’re willing to put in the bit of graft, and you have a bit of talent behind it, it’s hugely rewarding. The worst thing about it is being away from family, being away from my wife and two kids.

“The high points will sustain you. A couple of weeks ago I did Bach’s St John Passion in Copenhagen. I’m no devout Christian or anything like that. I’d describe myself as agnostic. But for me it was a hugely uplifting spiritual experience. It’s those moments of catharsis in the career that make it worthwhile. You feel like you’re connecting with something bigger than yourself.”

He seems to have dealt effortlessly with the exalted expectations that can grip young musical performers dazzled by the success of the great names in the business. “My early upbringing as far as sport is concerned helped me greatly there. Sporting preparation is the ‘fail to prepare, prepare to fail’ sort of idea. My concern was always about doing the best that I possibly could.”

It’s not that he doesn’t have ambitions. But, “I would always have kept my goals as fluid as possible. Because, in my opinion, you could be the greatest singer that has ever existed on planet Earth, and it doesn’t necessarily guarantee you that you’re going to have a full-time career, or a successful career. There are so many variables in this business that are beyond your control. I submitted to that idea fairly early on. I wouldn’t say I resigned myself, but I was cognisant of that.”

So how did someone who’d carved out a successful career as a baritone find himself in the position of transitioning to tenor? “I was doing Ping at Opera North in their production of Puccini’s Turandot back in 2017. I remember it very distinctly. During that rehearsal process, whenever I would warm up, and before performances, I was doing my usual set that I had done for ten years to get the voice going, and I found there was something that just didn’t feel right.

“I felt uncomfortable. At first I began to wonder was I having some sort of vocal problem. Have I got myself into bad habits, I wondered. Maybe I need to go and see my teacher. At that stage I had started studying with Robert Dean in London, who I would see once every 18 months or so. Subsequently I’ve seen him much more often, maybe six times in the last two months.”

Ring describes his voice as having always been “higher set,” and says he would occasionally throw in tenor arias in home-town concerts in Cahersiveen. “I might sing something in the tenor key and go up to a B natural just for the craic. There was always a part of me that knew I had this easy extension. That was part of my identity, a selling-point for me. I was a baritone with this good top. It was known I could do a Figaro, a Pelléas, an Onegin or an Eisenstein.”

The 2017 problem returned “whenever the repertoire was heavyish. Whenever I wanted to put weight on the voice I felt something uncomfortable that I never really felt before.”

He talks about difficulty with what singers know as the passaggio, the points of transition between the low, middle and high parts of the voice. He just wanted it to be a tiny bit higher than before. “An alarm bell went off. Am I a tenor? Have things changed? I started experimenting, and I thought I can kind of manage this. But I had so much work coming up as a baritone I couldn’t deal with it right then. No way. I just parked it.”

When the problem recurred the following summer “I went to Robert for about three or four lessons. I told him what I was feeling. It turned out there was a little bit of tongue tension that I’d got myself into a bad habit about.” They sorted that out.

“Initially he didn’t think I was a tenor. So he said bring in some tenor repertory to him. I sang Il mio tesoro for him. He came away from the piano and said, ‘Ahhhh!’. And I said, ‘You seeeee?’”

Later, when Dean heard him in Dies Bildnis ist bezaubernd schön from The Magic Flute he said, “Yes. You’re a tenor. You can already manage that aria from start to finish without breaking down.” Other arias spread over a couple of weeks confirmed his view. “Yes,” he said, “it’s all there. It’s just a matter of basically getting your passaggio right and making sure that you’re placing the voice in the correct way.” Then he said, “You need to tell your agent.”

There was a decision to be made. “I had work stretching into 2021. It was a tough couple of weeks. I rang my agent, Maxine Robertson. She’s just fantastic. I wasn’t totally trepidacious about calling her. I rang her from Gatwick, about to fly home, and told her the situation. She said, ‘Right! OK! Interesting!’” He knew he had to sing for her, and when he did she said, “after six bars I was convinced”.

The question was, “How would we transition?” He had two Papagenos back to back and she suggested he do those, and the nature of that role would actually allow him to begin the transition while he was still appearing  onstage as a baritone.

Now he’s got to persuade opera companies and promoters that he’s as attractive a tenor as he was a baritone. And, he says, it’s going well. His diary is beginning to fill up, and when he’s done auditions the response has been very favourable.

He expects to be able to do more concert work as a tenor because he feels his lower notes as a baritone limited him in singing bass parts in oratorios. He’s thoroughly enjoying his swansong as a baritone, and has nothing but praise for everything about Irish National Opera, their new production of The Magic Flute, and its director Caroline Staunton. It’s as if he’s been briefed by the company’s PR team.     That openness of spirit will surely help him as a tenor every bit as much as it did when he was a baritone.

Clear History: Yet another not so funny RTÉ comedy show