Everything in a new place: The art of reimagining Radiohead 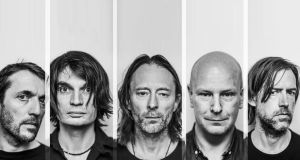 Radiohead: the band have given Wooden Elephant the okay to record their version of Kid A

At the turn of the last decade, Rolling Stone and Pitchfork hailed Radiohead’s Kid A as the greatest album of the 2000s. On its release, Kid A was widely panned as a self-indulgent follow-up to the era-defining OK Computer. The now defunct Melody Maker magazine, which had a long history of championing progressive music, dismissed it as “tubby, ostentatious, self-congratulatory . . . the result of studio sessions in Gloucestershire where about 60 songs were started that no one had a bloody clue how to finish.”

A few short months later, in June 2001, Radiohead followed up Kid A with Amnesiac, a more guitar-based album also featuring songs from the Gloucestershire sessions. Both albums will be reimagined and reworked at this month’s edition of the MusicTown festival, which takes place across Dublin.

Amnesiac will be performed by the Belgian ensemble Echo Collective at the National Concert Hall. Founded by Neil Leiter and Margaret Hermant, the collective has toured extensively with illustrious ambient and neoclassical artists such as A Winged Victory for the Sullen and Stars of the Lid. Echo Collective’s rendering of the Oxford band’s fifth album is deemed to be “an exquisite version” by Mary Anne Hobbs, the BBC 6 Music presenter.

We weren’t trying to replace Thom Yorke’s voice, so we could really concentrate on sound, layering, and combinations of instruments as key ingredients to our classical recomposing

Kid A is regarded as a modern classic and a seasoned fan favourite, but Amnesiac is a bit more under the radar, even for a global musical behemoth such as Radiohead. “I think Amnesiac gives another take on Kid A, or a form of explanation,” Thom Yorke said in 2001.

Echo Collective were presented with a choice of transforming either Kid A or Amnesiac into a “classical masterpiece” as part of a commission from the Ancienne Belgique concert hall in Brussels, a venue that witnessed a riot when Suicide opened for Elvis Costello in 1978, and a temporary break-up of The Cure after they brawled onstage in 1982.

“We chose Amnesiac because it is denser than Kid A,” says Leiter. “We weren’t trying to replace Thom Yorke’s voice, so we could really concentrate on sound, layering, and combinations of instruments as key ingredients to our classical recomposing.”

The Belgian group’s reimagining of Amnesiac has become a European hit. “When we started out with this project, we really had no idea how far it could go,” explains Hermant. “We have already played it in places we would have never imagined, such as the Elbphilharmonie in Hamburg and the Philharmonie de Paris.”

Leiter and Hermant will play the Royal Albert Hall just before they grace the NCH. “It will be our first time in the Royal Albert Hall since we played there with A Winged Victory for the Sullen for the BBC 6 Proms hosted by Mary Anne Hobbs,” Hermant says. “It was such an incredibly special evening. We also played the National Concert Hall in Dublin and the Colston Hall in Bristol with A Winged Victory for the Sullen, Stars of the Lid, and our dearly departed friend Jóhann Jóhannsson [the Icelandic composer who died last year]. All these venues evoke very emotional memories for us, so it is wonderful to return with this Amnesiac project.”

Anderson, Wooden Elephant’s violinist and composer, has worked with Radiohead’s Jonny Greenwood as part of the London Contemporary Orchestra, and also guested on the most recent Radiohead album, A Moon Shaped Pool. The group features Ní Bhrian, a multi-award winning classical violinist who made her debut with the RTÉ Symphony Orchestra at the age of nine.

The quintet reimagine and reinterpret Kid A through strings. “Kid A is primarily an electronic album,” Ní Bhrian explains. “Everything we do with it is performed on our acoustic instruments. We don’t use drums, guitars, or lyrics. Thom Yorke’s voice is integral to the band and it is what people immediately associate with Radiohead. With us, you are listening to everything behind that voice – the music, the structure, the harmonies, the shape. We’re not making a carbon copy, but trying to move away from the original.”

The ensemble have also reworked Homogenic by Björk and Lemonade by Beyoncé, which both premiered at separate editions of the Podium Festival in Esslingen, Germany, to rapturous reactions.

“We are called Wooden Elephant because it s a Trojan horse kind of idea,” Ní Bhriain says. “We are the elephant in the room when it comes to classical music. People feel safe listening to us as we are a string quintet, so we’re like a wooden elephant that draws people into a different world. An elderly lady once came up to me after a show and said, ‘That was so beautiful. Who composed that?’ She wouldn’t know Radiohead or Björk if they danced naked in front of her, so it meant a lot to us.

“Obviously, we also have people coming to the shows who have grown up with Kid A. One of the problems of classical music these days is there is only a certain number of times anyone can listen to a Mozart symphony without feeling they’ve heard it all before. Doing something like this broadens the repertoire.”

Wooden Elephant plan to release their version of Kid A next year. “Radiohead have given us the thumbs up to record it for a label in Berlin called Backlash,” Ní Bhriain says. “I don’t know exactly who approved it. We sent clips of what we do to their management, and they appear happy to allow their music to be reimagined and released as a record.”

Leiter is not sure if Radiohead are fully aware of what Echo Collective have done with their music. “We don’t know if Radiohead have heard our record,” he says. “If they happen to be reading this, we would love to talk, get some feedback, share a beer, the whole nine yards.”

Echo Collective perform Amnesiac at the National Concert Hall on Easter Sunday, April 20th, and Wooden Elephant present Kid A at the Grand Social on Easter Monday, April 21st, both as part of MusicTown