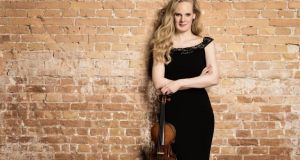 Composers can be very disparaging about each other’s work, and also about their own. Mozart wrote about one of his late pieces for a mechanical organ that it was “a kind of composition which I detest . . . I compose a bit of it every day – but I have to break off now and then, as I get bored”.

Tchaikovsky had so little interest in his set of piano pieces, The Seasons, that he had his servant remind him once a month that another one was due – the pieces were commissioned for and published in a monthly magazine.

Richard Strauss was so disenchanted with his Alpine Symphony that he wrote to Hugo von Hofmannsthal that he was “torturing” himself with it, and that the task amused him “even less than chasing cockroaches”.

The work, a musical illustration of a 24-hour climb and descent of an Alpine Mountain – the composer lived at the foot of Germany’ s highest peak, the Zugspitze – has long divided opinion. Reviews of two 1950s recordings in Gramophone magazine give an idea of the range.

For Denis Stevens it was “shameless parody, and worked so hard that the reality becomes laughable instead of laudable”.  William Mann wrote, “if music is for you a form of living, as it is for me, then there is room for music that uplifts you or simply makes you feel happier by its sheer elan and imagination. The Alpine Symphony is one of many works that fall into this category.”

The Alpine Symphony is a spectacular work, and Yamada conveyed its spectacle not just in all its grandeur, but also through an extraordinary concern for the finer detail of Strauss’s writing.   On a purely musical level he paid attention to counterpoints that are often glossed over, but his wizardry in this regard also extended to what you would have to call emotional contraflows that usually get lost in the bigger sweep of the adventure.

I don’t think I’ve every heard the NSO play a work of this kind with the same sense of controlled communal virtuosity. It was a pity, then, that the performance should have been marred by the sound of an organ pipe providing an incomprehensible drone for what felt like an unconscionable length of time. The conductor had to halt the performance before the intrusion was remedied.

The concert opened with a lithe performance of Korngold’s dangerously kitschy violin concerto by Dutch violinist Simone Lamsma, with the orchestra delivering beautifully-judged support to her effortless-seeming, understated approach.

It’s been interesting to witness the development of the Blackwater Valley Opera Festival, which was first held in 2010 and which has been expending in all kinds of directions over the last few years.

You could make an interesting comparison with what is now the Great Music in Irish Houses festival, which was founded in 1970. The older festival has nine concerts this year, held in eight different venues. The Blackwater festival this year ran to 15 performances and played in the same number of venues.

Both festivals feature visiting and Irish performers and it’s still the Great Music festival that has the better established and more prestigious names. I worried after last year’s Blackwater festival about the quality of the offerings away from the main opera performances in Lismore Castle.

I felt the same after the events I managed to sample this year. Kate Minogue’s  piano-accompanied (Una Hunt) production at St Carthage’s Cathedral of Balfe’s 1864 operetta The Sleeping Queen treated the work as if it were an exercise in pantomime camp. Maybe that’s what it actually is. If so, then it needs to be camped up rather more. The cast of four (Susie Gibbons, Sarah Kilcoyne, Oisín Ó Dálaigh and Kevin Neville) sang sturdily, and the Lismore audience greeted the performance with delight

This year’s main offering was Donizetti’s Don Pasquale, directed by Pierre-Emmanuel Rousseau, designed by Slawek Narwid (with this year’s gag vehicles an onstage caravan and a delivery bicycle) and with the 14-strong ensemble conducted by Darren Hargan. If you want to put that into context for a moment, it’s lower than the number of cellos and double basses for the Strauss at the NCH.

The lively cast was led by Michele Govi, a Don Pasquale well tuned in to all the tricks of 19th-century Italian comic opera. from the gurning to the unsteadiness on his feet to the rapid-fire patter that it often seems only native Italian singers can bring off.

Aoife Gibney sparkled as Norina, the inappropriate object of his attention, and the higher and more racy the vocal demands, the better she sounded. Emmet O’Hanlon was good, too as Pasquale’s physician, Malatesta. But Manuel Nuñez Camelino disappointed as Norina’s beloved Ernesto, and Sandra Oman’s Carlino had too many bad-taste, hand-trembling Parkinson’s disease jokes. Darren Hargan’s conducting seemed a little heavy for a work with so much comedy in it.

The most notable other event I got to was an all-Liszt, opera-themed piano recital in Dromore Yard by Italian pianist Giovanni Bellucci. Bellucci is a wonder, with some of the best fingerwork around, a fearless approach to Liszt’s most daunting writing, and variability in delivery to suggest that it’s neither his head nor his heart which leads him astray, but a surfeit of adrenaline.

Where do love and hope ultimately come from?
6