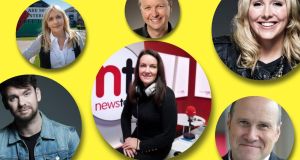 In a year when the news was marked by fearless women challenging officialdom and mouthy men with populist appeal, two broadcasters in particular caught the mood of the times. Seemingly poles apart in sentiment and style, Ciara Kelly and Ivan Yates tapped into the concerns and attitudes of differing, if not opposing, constituencies, but between them provided a snapshot of an Ireland in flux (as ever). Equally notable is the fact that both presenters work for Newstalk, which may help explain why the commercial station enjoyed its best ever listenership figures in 2018.

In her first full year as host of Lunchtime Live, Kelly hasn’t been afraid to speak her own mind. This in itself isn’t a novelty: voicing strong opinions is a key job requirement for any Newstalk host. What is different, however, is to hear a woman speaking her mind forcefully and regularly on a station otherwise awash with male presenters.

Kelly consistently brought a feminist perspective to big topics such as the Eighth Amendment referendum and the cervical cancer screening scandal. Kelly’s past career as a GP added to her on-air authority, as she made her pro-repeal sentiments obvious and excoriated the HSE for its failures with cervical cancer tests. (She probably doesn’t need to refer to her medical background so frequently, however.) She also received some shockingly misogynistic reaction from listeners: for some men, a woman’s place is not on the radio.

Either way, Kelly firmly put her stamp on the afternoon slot previously occupied by the conspicuously male George Hook, whose retirement from Newstalk after 16 years symbolised a certain changing of the guard. (Not everything has changed – parent company Communicorp still bans Irish Times journalists from Newstalk and Today FM.) The departure of Paul Williams from morning show Newstalk Breakfast in November added to the exodus of alpha males from the station, ending his sparky chalk-and-cheese double act with co-anchor Shane Coleman.

But Ivan Yates ensured there was little overall reduction in the testosterone levels at Newstalk. On his early evening show, The Hard Shoulder, the former politician and businessman combines blokey humour with hard-headed practicality and an innate scepticism to anything smacking of political correctness. Yates’s show is now the most popular programme on the station, overtaking the still formidable if occasionally baffling Pat Kenny. Yates’s swaggering style clearly chimes with a significant audience, suggesting he is in tune, if not necessarily in sympathy, with the populism that garnered Peter Casey much support in the presidential election.

The latter contest, along with the referendum campaign, provided much material across RTÉ Radio 1’s schedule, but comparatively little fireworks. Sean O’Rourke hosted the odd memorable encounter, such as his fractious interview with presidential candidate Gavin Duffy, but generally the presenter’s show was notable for his balance, even if he reserved the right to push his guests out of their comfort zone.

O’Rourke’s colleague, Ryan Tubridy, was more forthright in his editorialising, be it advocating digital safety measures for kids or lamenting Ireland’s troubling treatment of women and children. But Tubridy still had trouble finding the balance between thoughtful topics and fluffy filler. This was even more the case with Ray D’Arcy, who still seems stranded in his afternoon slot, though his interview with cervical cancer scandal campaigner Vicky Phelan showed he still can be a fine broadcaster.

Meanwhile, the station’s flagship news magazines, Morning Ireland and Drivetime, carried some excellent reports but too often sounded staid and formula-driven beside more raucous rivals. There were bright spots elsewhere, such as Miriam O’Callaghan’s confident summer tenure of O’Rourke’s Today slot, or the contrasting styles of Fionnuala Sweeney, Katie Hannon and Sarah McInerney as alternating hosts of the Late Debate. As its dominant ratings attest, Radio 1 still performs steadily across its board, but it’s a fine line between reliability and predictability.

Sister station 2FM had a good year, however. The frenetic charms of shows such as Breakfast Republic may be lost on middle-aged radio reviewers but clearly are working. The station’s listenership numbers grew, further helped by vibrant afternoon presenters such as Eoghan McDermott and Tracy Clifford. The looming absence of star presenter Nicky Byrne may pose a problem, as he rejoins Westlife for a lengthy tour next year, but it is an opportunity for co-host Jenny Greene, who again proved she has the chops to warrant her own show.

Today FM slipped further into treacherously shallow waters with its generic daytime programming, from the relentless flippancy of Dermot and Dave to the amiable inanity of Muireann O’Connell. Mario Rosenstock, whose Gift Grub slot remains a high point on Ian Dempsey’s enjoyable breakfast programme, seemed to offer hope for something more substantial when he was given his own weekend magazine, but Mario’s Sunday Roast suggested his presenting skills don’t match his comic mimicry.

The station’s most noteworthy presence remains Matt Cooper, whose drivetime show the Last Word is more uptight than that of Newstalk rival (and TV3 co-host) Yates, but follows the same gladiatorial style. For every outspoken woman on Irish radio in 2018, there were still far more loud men.