From Shakespeare to Emily Bronte, literature has featured strongly across her 10 albums 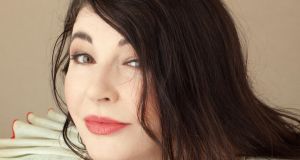 Kate Bush will release a book of lyrics, called How To Be Invisible, this month.

When Kate Bush released Wuthering Heights as her debut single in 1978, it did not happen without a fight. She supposedly railed against her record label, who wanted to release the more commercially viable James and the Cold Gun instead.

But she was insistent that Wuthering Heights, a song based on the 1847 novel of the same name by Emily Bronte, was the right one to launch her career. Label bosses eventually acquiesced.

To their surprise, the song went on to hit number one in the UK, where it stayed for four weeks. That incredible early success spawned a career that has spanned decades and produced 10 studio albums – as well as a critically acclaimed London residency in 2014.

But Wuthering Heights was just the beginning of a career that has been filled with literary influences. As Bush prepares this week to release a book of lyrics, called How To Be Invisible, now is a fitting time to reflect on the songs throughout her illustrious career that have been influenced by literature.

One literary character that dwells in her second album, Lionheart, is Peter Pan. The children’s character appears in two songs on the album. On one track, In Search of Peter Pan, she sings about a boy who dreams of becoming an astronaut and finding the boy who never grew up. On a promo cassette tape from the time, Bush said the book was “an absolutely amazing observation on paternal attitudes and the relationships between the parents”.

In Search of Peter Pan is not the only place on the album that the children’s character appears. He also features in Oh England My Lionheart, a track on which Bush sings about the things she associates with England, which include Peter Pan and Shakespeare.

Shakespeare appears briefly again on her third album, Never For Ever. On one song, called Blow Away, which was written in memory of a crew member who died during her 1979 tour, she quotes Othello when she sings the line: “Put out the light, then put out the light.” Othello says the line in Shakespeare’s play before he kills Desdemona.

On the same album, The Wedding List is based on a 1967 film called The Bride Wore Black, which was based on a 1940 novel of the same name. The song tells the story of a woman whose husband is killed on their wedding day. She then proceeds to hunt down the men responsible and kill them, before taking her own life.

In another song on Never For Ever, called The Infant Kiss, Bush sings about the haunting 1961 ghost film The Innocents. The film is based on Henry James’s Victorian ghost novel, The Turn of the Screw, which tells the story of a governess who becomes convinced that the house she is teaching in is haunted. Bush wrote The Infant Kiss about one particularly chilling scene in the film, in which the child, Miles, kisses his governess. The scene in the film, and the passage in James’s novel, are deeply disturbing, but Bush’s lyrics are equally unsettling. In the song, she sings from the perspective of the governess, and sings the line: “I’ve never fallen for a little boy before.”

This was not the last haunting that Bush sang about. On her 1982 experimental album, The Dreaming, she sings about Stephen King’s The Shining on closing track Get Out Of My House. In one part of the song, Bush even sings from the perspective of the Overlook Hotel. In the Kate Bush newsletter of October 1982, Bush wrote that The Shining was “the only book” she had read that frightened her. “While reading it I swamped around in its snowy imagery and avoided visiting certain floors of the big, cold hotel, empty for the winter,” she wrote. She went on to write about the sense of isolation in the novel, and said that the setting for the song is a house which “is really a human being”.

After Bush released The Dreaming in 1982, she disappeared for three years while she recorded 1985’s hugely successful Hounds of Love. The album is often regarded as one of her best, and it was not without its literary influences. Cloudbusting was inspired by A Book of Dreams by Peter Reich, a memoir that describes the close relationship he had with his father, a psychoanalyst called Wilhelm Reich. In one part of the book, Reich describes how his father made a machine called a “cloudbuster”. The music video, which features Donald Sutherland as the father, and Bush as the little boy, features a coy nod to the source material. At one point, Bush can be seen pulling a copy of A Book of Dreams from Sutherland’s pocket.

In 1985, Bush wrote in the Kate Bush Newsletter that she had found the book on a shelf nine years before and that it was “calling” her. “It’s very much more to do with how the son does begin to cope with the whole loneliness and pain of being without his father,” she continued. “It is the magic moments of a relationship through a child’s eyes, but told by a sad adult.”

The second side of Hounds of Love, called The Ninth Wave, is a concept album that tells the story of a woman lost at sea. The story is firmly Bush’s own work, and moves through different stages of a woman’s experience of being stranded in the water.

While the story is her own, the title comes from a poem by Alfred Tennyson. The Coming of Arthur, from Idylls of the King, provided Bush with the name for the conceptual side of the album. She even features the quote on the back of the album, which reads: “Wave after wave, each mightier than the last / ‘Til last, a ninth one, gathering half the deep / And full of voices, slowly rose and plunged / Roaring, and all the wave was in a flame.”

Four years later, Bush released her sixth album. Called The Sensual World, its title track was based on the closing passage of James Joyce’s Ulysses. Bush originally intended to use the words directly from the novel, however the song was plunged into limbo after the Joyce estate refused her request to use the original material. She said at the time that she spent about a year trying to get permission to use the words directly, but eventually she had to concede defeat. Bush ultimately wrote her own lyrics based on the novel’s closing passage instead.

In 2011, more than 20 years after The Sensual World was released, Bush was finally granted permission to use the original words. That year, she released Director’s Cut, an album of reworked and rerecorded material from two of her albums. On it was Flower of the Mountain, the rerecorded and retitled version of The Sensual World. The recording is strikingly powerful, and finally allowed Bush to appreciate Ulysses as she always planned to.

In 1993 Bush released her seventh album The Red Shoes, the title track of which is based on the 1947 film of the same name. The film was based on Hans Christian Andersen’s famous fairytale. The song tells the story of a woman who puts on a pair of red shoes, only to find that she cannot take them off, nor can she stop dancing.

As Bush prepares to release a book of lyrics, and has just released remastered versions of all of her albums on CD and vinyl for the first time, there could be more literary-inspired Bush music on the horizon.