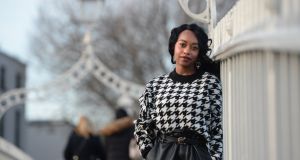 You can vote for the song of the year here. Votes are limited to one per person per day. Only votes cast in the Republic of Ireland will be counted and the vote closes at midnight on Sunday 28th February. Westlife won the 2019 prize for their song Hello My Love.

The shortlist for the Choice Music Prize Album of the Year was announced on January 5th, with the winner to be revealed on March 4th on RTÉ 2FM in a special broadcast featuring some of the shortlisted acts. The acts nominated include Denise Chaila, Fontaines DC, Pillow Queens, Bitch Falcon, Róisín Murphy and JyellowL. Fontaines DC have made the list for the second year in a row for their Grammy-nominated album A Hero’s Death.

A panel of music media professionals from Irish print, radio, TV, and online will select the winner. Tracy Clifford, Lauren Murphy, Gemma Bradley and Pavel Barter are some of this year’s judges.

The awards ceremony will be broadcast live on RTÉ 2FM on March 4th, with a TV special on RTÉ2.