Ireland does philosophy: A new guide for the perplexed 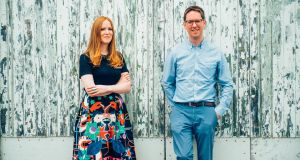 The idea of philosophy becoming a core discipline in the Irish education system once seemed like a pipe dream.

But now there is a short course on the subject at junior cycle level; an increasing number of primary and secondary schools promoting Philosophy for Children (P4C); an annual Irish Young Philosopher Awards (to complement Ireland’s long-running young scientists’ event); and a President in office who has championed critical thinking generally and the teaching of philosophy in schools specifically.

The next logical step is developing some useful teaching resources and while that wasn’t Brendan O’Donoghue’s initial goal when he set out to write Adventures in Philosophy: Stories & Quests for Thinking Heroes the finished work is a lively and accessible reference book with stories and mental exercises designed to unlock your inner Socrates.

“I wrote the book primarily to draw younger readers into the marvellous world of philosophy. However, I also wrote it in order to appeal to more mature readers who may have little familiarity with philosophy,” says O’Donoghue who has taught the subject at UCC and UCD while also running P4C sessions at a secondary school in Maynooth.

“Another catalyst for the book was the prospect of placing storytelling at the heart of philosophy,” he says. Ancient wisdom tales and contemporary thought experiments are retold – with illustrations by Paula McGloin – to draw out specific ideas, motifs and concepts that can be applied to everyday life.

The book also acts as a kind of tribute to John Moriarty (1938-2007), the Kerry writer and philosopher who left academia for a life of rural solitude.

Ireland has produced some famous philosophers – George Berkeley, Edmund Burke and Francis Hutcheson among them – but O’Donoghue ranks Moriarty as his favourite, describing him as a “a thinker who broadens one’s soul, and perceptions, and illuminates ways to dwell poetically upon the Earth”.

Did you ask philosophical questions as a child?

Brendan O’ Donoghue: “I don’t think I asked too many philosophical questions out loud as a child but I do remember having, what I’d consider, philosophical experiences. I clearly remember being struck with a deep sense of wonder and confusion by the most ordinary of things, like a door.

“When I was around eight or nine years old I remember standing in front of, and staring at my bedroom door. It was an uncanny experience because the door was both a source of wonder and a painful intrusion on my thinking. For as strange as it sounds, it felt as though the door was looking at me.

“I remember how I found it very odd that I was aware of being alive and that I was also aware of the existence of other things. I recall thinking about the word ‘door’ and wondering why and how I came to call this thing in front of me a ‘door’. I tried to imagine the wood the door was made of, and this hurt my head. For the more I imagined the wood of the door the more it felt inside my own head and not in the door itself.

“Then I remember imagining the door not being there at all, and thankfully this allowed me to give my head a break.”

You make a number of references in the book to the work of Kerry philosopher John Moriarty. Why so?

“John Moriarty is a central figure throughout the book because his way to wisdom and truth is strongly rooted in storytelling and myth. From my experience teaching in various primary schools, storytelling is one of the best ways to get children involved in philosophical discussions.

“In addition, I consider him to be an Argonaut of the human soul, as he is someone who continuously and courageously explores the inner immensities of the human being. Furthermore, his ambition to walk beautifully upon the Earth is a goal that is increasingly pertinent.

“To this end he distanced himself from the activities of the modern civilised world and sought instead to immerse himself in the natural world. Moriarty’s descriptions of his experiences in nature, most notably in Connemara, are articulated with remarkable poetic precision.

“John Moriarty was and continues to be a major influence on my own philosophical journey for the simple reason that his writings provide me with the vocabulary that helps me put into words my own experience of myself and the world I inhabit.”

Out of all the questions and stories featured in the book, which one do children respond to best?

“There are a number of questions and stories from the book that primary students responded really well to. However, Nick Bostrom’s question: ‘Are you living in a computer simulation?’ stands out in my memory for capturing the attention of the students in a sustained way.

“Besides that, John Rawls’ famous thought experiment known as ‘the veil of ignorance’ resonated with many students. In this thought experiment we are invited to imagine ourselves in a scenario in which we do not know who we are or what our personal circumstances are. In this state of ignorance we are asked to come up with the principles for a just and fair society.

“Questions arose such as ‘Should wealth be divided equally?’, or ‘Do some people deserve more than others?’ Students were inspired to participate in a prolonged and animated philosophical discussion on the back of this thought experiment.

“In saying this, the lessons that went awry were as instructive as the lessons that went well. I was at one stage very excited about introducing students to the philosophy of mathematics. I introduced a class to questions like ‘What is a number?’ and ‘Are numbers real?’ My enthusiasm for the topic didn’t transmit itself to the class and the lesson went down like a lead balloon.”

There can be a bit of snobbery among academic philosophers surrounding P4C. Are children really capable of doing philosophy?

“Thankfully I haven’t encountered that snobbery, and the academic philosophers I’ve spoken to have been very enthusiastic about the idea of introducing philosophy to children.

“From my experience teaching philosophy to primary students, I would say that children are capable of participating in philosophical discussions and some have a remarkable capacity for intuitive philosophical insights and are able to ask very tricky and probing questions.

“However, even if you wanted to be critical of a child’s ability to do philosophy, I don’t think this should deter schools from introducing philosophy to children. There is, and always has been an urgent need to introduce children to questions concerning the ways we think about ourselves, others, the Earth, and technology.

“If the seeds of these difficult questions are sown into the minds of young children we may in the future find very unexpected and surprising responses. These unanticipated responses could prove vital to humanity, and the Earth.”

Milis an teanga an Ghaeilge
8