If art is such big business, why do so many artists earn so little? 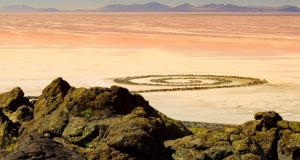 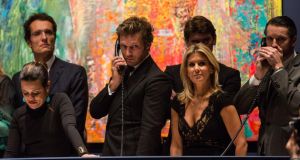 The myth of the starving artist takes a battering every time we read of another record at auction, but the art world is divided into two distinct sectors. There is what the economist and artist Hans Abbing describes as “the world of splendour” of “chic openings, of artists earning very high incomes and of rich donors whose status is enhanced by their association with the arts”.

On the other side is the world in which artists earn little or nothing, often losing money by working in the arts, and making up for it with second jobs. That’s reality for most artists. Even those huge auction prices may have very little benefit for the artists concerned: it is only in the EU, Australia and the Philippines that artists have a right to a percentage of subsequent sales of their work.

Often the worlds of splendour and loss combine in a strange sort of merger as artists are invited to black-tie donors’ dinners, and provide cultural credibility (and even a little grit) at openings. However, what many of those attending the openings don’t realise is that, until recently, the artists are highly unlikely to have received any payment for showing their work.

Visual Artists Ireland last year looked at 580 exhibitions here and discovered that in almost 80 per cent of cases artists received no fee for their participation. Production costs were often not covered, and in 43 per cent of cases the artists were also asked to contribute to the administration costs of the exhibition. Artist fees for talks and workshops were not paid in 77 per cent of cases. So why do they put up with it?

Most artists make work because, as more than one have told me, “I think I’d die if I didn’t.” Being an artist isn’t so much a choice as a compulsion, and most do what they have to, to get by.

Meanwhile, cash-strapped arts organisations, which have spent the recession doing so much more with less, are using every strategy they can think of to keep the doors open and work on the walls. So where are they going to find the extra cash to pay artists?

Visual Artists Ireland found that the most common responses to artists from galleries were: “It’s a good opportunity for you to have your work seen”; “We aren’t in a position to give you a fee, but we would like to show your work”; and “We can offer you a token gesture”. In response, one artist commented, “Making my work and exhibiting it forces me to go into debt . . . I don’t necessarily want to make a profit from my art practice. But running up debt makes it extremely difficult for me to survive.”

The Visual Artists Ireland survey focused on publicly funded spaces rather than on private or commercial galleries that exist to sell work and split commissions with the artists they represent. But, as any regular gallery-goer knows, a great deal of art made today is deliberately unsaleable: art about ideas, installations, experiences and events, rather than something hanging in a frame.

This type of work, originally known as land art, developed initially in the US in the 1960s as the antithesis to what artists saw as the overcommercialisation and commodification of art. It was also a protest: artists did not want their tax dollars to contribute in any way to the costs of the Vietnam War.

Unfortunately, it’s impossible to escape the system entirely, and artists also need to live. Land artists found their work bought and sold, in the form of their sketches, models and photographs of the massive earthworks (Robert Smithson’s Spiral Jetty , for example), which they had originally created to be unsaleable.

A Visual Artists Ireland campaign called Ask! Has the Artist Been Paid? has had some success; the Arts Council now stipulates, when funding arts organisations, that artists must be paid. Artists are exploited because they are also self-exploiting. Many will make any compromise necessary to make their work (aside from compromising the work itself). The issue is that, apart from the obvious and extremely important one of making a living, bringing money into the equation changes how we see things.

The need to make a living notwithstanding, there has to be an alternative to market-driven scales of value. As the land artists discovered, art can be a vital site of protest and a laboratory for experiments in how to do things differently in society. But they also ultimately found out that the markets will have their way. Yes, artists must be paid, but we must also think a little longer about how to develop, in parallel, another way of assessing, and valuing, what really matters in society – and not just in the arts.