Widow of TD executed during Civil War took her own life 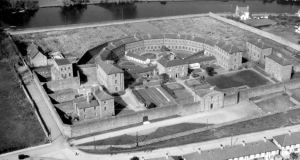 The widow of a TD who was executed during the Civil War took her own life 14 years after her husband’s death.

Seamus Devins was shot along with five anti-Treaty IRA and their bodies dumped on the side for Ben Bulben by Free State forces in September 1922.

Among the dead were Brian MacNeill, who took the opposite side to his father Eoin, the founder of the Irish Volunteers, who was a cabinet minister in the Free State government. The incident was the subject of a RTÉ documentary by Michael McDowell, Eoin MacNeill’s grandson, three years ago.

In 1936, Seamus Devins’s widow Mary took her own life. According to her pension file application, she drank Lysol, a disinfectant from the time.

The files record she had suffered a nervous breakdown as a result of her husband’s death and was suffering from depression at the time of her death.

The couple had one child, Pádraig Pearse Devins, who was born in 1918 and was just four when his father was killed. His son, Jimmy Devins, became a Fianna Fáil TD for Sligo.

The executions followed a series of tit-for-tat killings in the county. The reports of 1 Sligo Brigade North (3 Western Division) record that Devins, MacNeill, Patrick Carroll and Joseph Banks were surprised and captured. Two other IRA men, Capt Harry Benson and volunteer Thomas Langan were captured on the same day. All were executed – the first four allegedly by machine gun.

Sligo was another county that was relatively quiet during the War of Independence, but where violence escalated severely during the Civil War. Just 19 people were killed in the county before the truce of July 1921; that figure rose to 48 during the Civil War, according to the book Sligo: The Irish Revolution 1912-23, by Michael Farry.

All of those deaths occurred in a period of unparalleled bloodshed in the county between July 1922 and September 1922, when Free State forces led by Seán MacEoin attempted to retake the county from the local IRA, which had overwhelmingly gone over to the anti-Treaty side in the Civil War.

In its submission to the Brigade Activity Reports, the 1st battalion of the Sligo Brigade state that it took possession of Sligo town on July 14th, 1922, but the Bishop of Elphin intervened and it pulled out. The battalion states it executed spies in retaliation for the death of six IRA men by Free State troops, though they are not named in the reports.

On September 18th, 1922, some 3,000 Free State troops laid siege to the headquarters of the local anti-Treaty IRA at Rahelly House in the shadow of Ben Bulben.

In their submissions to the Brigade Activity Reports committee, the Glenade and Ballintrilleck companies of the IRA detailed their activities during the Civil War as road trenching (digging up roads), bridge attacks and raids on the mail in post offices. They also note that most of the companies were arrested and interned in Finner Camp in Buncrana and Newbridge. In the case of one officer of the company, Willie Reilly, he was “still suffering from the effects of the beatings” handed out to him by Free State forces during the Civil War.

The most famous incident in Sligo during the War of Independence was the jailbreak on June 26th, 1920, when Frank Carty, the officer commanding the South Sligo Brigade of the IRA was sprung from Sligo Gaol.

An account of it is contained in the activities of 4 South Sligo Brigade (3 Western Division).

More than 100 men were involved in the escape. IRA volunteers crossed the outer walls by means of wooden and rope ladders, having secured keys fitted to open the doors inside. The jail was surrounded to stop the military escaping and raising the alarm.