Can you bring a language back from the dead?

The protection of dying languages is a matter of justice, claims Ross Perlin 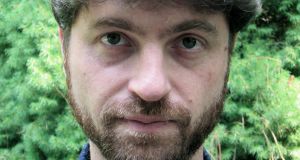 Ross Perlin: “More people will know a few songs in Yiddish than can put together a sentence. It’s now a language that sometimes seems to have more poets than speakers.”

Losing a language is “like dropping a bomb on a museum, the Louvre”, claimed the linguist Ken Hale, and in the intervening 16 years since he died we’ve lost at least 50 more languages.

It’s impossible to gauge what precisely is lost in terms of culture, heritage, botanical and ethnographical insight with the extinction of a language, but linguists agree that this process of attrition is increasing, with up to half of the world’s 7,000 languages in danger of dying within the next century. All the folklore, historical and sociological information bound up in them will go too. Recent mass migration sparked by economic, climactic and political crises are only hastening this process.

“For me, protecting endangered languages is a matter of justice,” says Ross Perlin, a director of the New-York-based Endangered Language Alliance, which works to identify and record dying languages. “Coming from a family that spoke Yiddish, a language without a state that was decimated by the Holocaust and by historical forces, I feel a connection to the majority of the world’s languages which are in a similar position. Speakers of endangered languages are people who, by and large, have been the most marginalised; the victims of imperialism, colonialism and market expansion. So, it’s a matter of justice that we address this diversity that was such a key part of our planet, but now faces disappearance, just like the diversity of the biological world.”

The Endangered Language Alliance has already worked with speakers in more than 70 languages, hailing from the Caribbean to the Middle East. In some cases, they support active revitalisation efforts within communities and encourage native speakers to teach compatriots, such as hosting classes on the Mayan language K’iche’. But many times it means initiating a last-ditch effort to document as much of the language as possible before all of its fluent speakers are gone.

A key priority for the organisation is the belief that indigenous peoples with resilient languages and cultures may be better able to defend themselves against the ongoing tyranny of larger monocultures, and that children learn better in their mother tongue, with the ideal being multilingualism, which brings such cognitive and cultural benefits.

Perlin is coming to the Teachers’ Club in Dublin on July 25th to address the Department of Ultimology, an art project exploring the afterlife of dead and dying things, run by artist Fiona Hallinan and curator Kate Strain. The focus of Perlin’s presentation will be the afterlife of languages, and how the concept of an idealised last speaker who serves as a charismatic symbol of language death is rarely that clear cut.

“Languages linger in myriad ways,” he says, “and are even sometimes resuscitated by a single impassioned activist, such as Jessie Little Doe Baird, who revived an Algonquian language, Wampanoag, after 150 years of extinction. She used old documents that had survived. Now, with the internet, the materials are stored and somehow sleeping, potentially subject to a form of de-extinction, as they call it in biology.”

Perlin cites many different forms of linguistic afterlife, “such as the idea of post-vernacularity, which has occurred with Yiddish, where many more people will know a few songs in Yiddish than can put together a sentence. It’s now a language that sometimes seems to have more poets than speakers.”

There is also the strange afterlife (or purgatory) of endangered languages in cities, where economic migrants and crisis refugees arrive and undergo their process of assimilation, sacrificing their native language for English, Spanish, Chinese or the tiny handful of other dominant super-languages. Their local language gets curtailed to within the boundaries of their apartment or residence of asylum, like a fish stranded in a rock pool,

This process can be seen in Ireland too, where the gradual culling of global tongues is happening in our major cities. Moore Street in Dublin is now one of the most linguistically biodiverse spots in Ireland, with Chinese, Arabic, African and Slavic languages regularly heard. But what of all the local minority languages and dialects these speakers jettison when they leave their village or indigenous community?

Perlin has spent years tracking the dying languages of New York, which is reckoned to have as many as 800 languages, some spoken by only a few hundred speakers worldwide. There are Himalayan languages with nearly as many speakers in Queens as back home, rare Pakistani and Afghan languages, and languages such as Mandaic (the Semitic language of a small Christian minority in Iraq and Iran), Chamorro (from the Mariana Islands), Kashubian (from Poland), Bukhari (a Bukharian Jewish language, which has more speakers in New York than in Uzbekistan or Tajikistan) and dozens of indigenous languages of the Americas.

For Perlin, who has spent three years studying isolated languages in China and the Himalayas, it is this diversity that motivates him. “I’m a linguist who loves language, and so it behoves me to try to help, and partner with, anyone who is looking to continue to speak or develop their language. We are increasingly seeing groups attempting language revitalisation, and a central core aim of the Endangered Language Alliance is to assist this process. I am looking forward to seeing how the Irish language is adapting to the modern world during my visit.”

Ross Perlin of the Endangered Languages Alliance will speak at the Teachers’ Club on July 25th at 7pm. See departmentofultimology.com