How to Stop Time review: This novel is too short. (That’s a compliment) 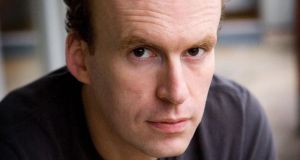 Book Title:
How to Stop Time

Just as it takes courage for a writer to employ a conceit that has been used many times before, it also takes skill to make the resulting novel stand comparison with its predecessors. From Virginia Woolf in Orlando to Audrey Niffenegger in The Time Traveler’s Wife, via HG Wells, Mark Twain and Stephen King, the idea of a character who lives for centuries, finding himself in the right place at the right time to interact with significant historical figures, has been used to examine the notion of time itself and our relationship to it, the fear of ageing, of death and, occasionally, the problems associated with not dying at all.

Matt Haig takes on this challenge with gusto in How to Stop Time, telling the story of Tom Hazard, born in the late 16th century but still alive in 2017. He isn’t stuck at a particular age for ever, though. Instead his body clock slowed down in his early teens, so he physically ages only a little every few decades. When we meet him he looks like he’s in his late 30s but is in fact more than 400 years old. A bit like Mick Jagger.

Naturally, this causes difficulties. His first and only love affair is with Rose, a London street seller, in the 1600s, but their romance is short lived, and he’s left haunted by memories of her while spending the centuries in search of their missing daughter, Marion, who has inherited his condition.

But there are bonuses to having lived so long: his lute skills, for example, are so impressive that William Shakespeare hires him to play at the original production of As You Like It. He gets to watch Josephine Baker dance, sails to Tahiti with Capt Cook, witnesses the Great Fire of London and has a brief encounter with Charlie Chaplin in a 1920s restaurant.

Haig writes with a great deal of panache, and it’s clear that he’s having a lot of fun with his story, but it’s the contemporary chapters, set in a Tower Hamlets school where Tom is teaching history to a group of bored 14-year-olds – his own history, much of the time, as he points out of windows to describe things he saw centuries before – that are often the most compelling.

He steers towards David Mitchell territory with his creation of the Albatross Club, a society that looks after the interests of immortals like him, and an ambiguous, potentially malevolent leader named Hendrich offers some darkness to the story. If the resolution teeters on the edge of melodrama, Haig has the dexterity to ensure that it does not quite fall into the abyss below.

Reviewers rarely complain about a book’s being too short, but it’s hard not to feel that Haig missed out on writing an epic here. Some of the historical sections could be a little sturdier, with more story and period detail – I would have liked to have known more about Tom’s sea journeys, for example – and famous people occasionally appear for a page or two but are given little to do. An encounter with Scott and Zelda FitzGerald, for example, could have been turned into something more than a sly dig at early reviews of The Great Gatsby. I mean it as a compliment when I say that the novel could have been twice as long and equally as engaging.

Perhaps the most interesting element of the book, however, is the philosophical one that Tom asks of himself: What is the point of living when you have no one to live for? As his loneliness continues, only the possibility of a relationship with another teacher and his search for his daughter keep him going, and when it seems that both will end in failure it’s easy to understand why he, to employ one of Haig’s earlier titles, might run out of reasons to stay alive.

How to Stop Time is a worthy addition to the time-travel canon, hugely entertaining, quietly funny and, at its best moments, contemplative and brooding. Special praise, too, should go to one of the unsung heroes of novels, the jacket designer, Peter Adlington, who has designed one of the most striking and attractive covers I’ve seen in a long time.