Academy Award talk is a tradition in Toronto, and this year’s festival is no different 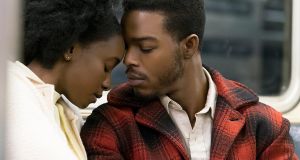 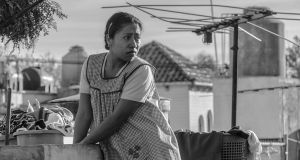 All major festivals have their traditions. It is entirely in character that screenings at the Toronto International Film Festival begin with the audience applauding a segment thanking the volunteers. Every time. It’s that sort of event.

Those awful European festivals where press actually boo the awkward films might as well be happening on a whole other continent. It really is a public festival too. While queuing on Wednesday (not something you need to do that much of) I got into a conversation with a professional flautist who’d travelled from a more northerly part of Ontario to enjoy a cinematic holiday. We’re all pals here.

Another unavoidable tradition is, of course, Oscar talk. Every row in every cinema is a forum for Academy Award discussion.

Two of the most tipped early contenders have really delivered. Barry Jenkins and Alfonso Cuaron have a complementary record at those gongs. Jenkins’s Moonlight took best picture, but he did not get the best director prize. Cuaron did win director, but his Gravity lost best film to 12 Years A Slave.

Cuaron’s Roma asks just one indulgence from its audience. Examining a middle-class family in 1970s Mexico City, the picture approaches the story from the perspective of the house’s dedicated servant. It is a little unfashionable to present such a character as a near equal these days. The employers care for her when she becomes pregnant. She bears no more resentment towards then than the toadying masses in Upstairs Downstairs did for the Bellamy family (pardon the ancient reference). Maybe such relationships do exist. If I read the final dedication correctly, Cuaron made the film in tribute to his own family’s maid.

You could build your own Mexico City with this budget.

At any rate, few will be able to hold that grudge against this gorgeous, moving, vastly ambitious film. Shot on 65mm in crisp monochrome, the picture begins with a bravura shot: soapy water flows across a tiled floor and reflects an aeroplane flying above. We later put together the pieces. Cleo (Yalitza Aparicio) is mopping up the dog mess in the garage after the husband of the family has flown off for a conference in Ottawa. Or has he? As events progress we learn that the rogue may have actually left his wife and children in the lurch. Cleo gains more responsibility. Then she falls pregnant.

These events play out as Mexico slips towards anarchy. There are riots on the streets. Young men are being drafted into semi-official militia. Little of this gets through to the children.

It has been argued that only Netflix could currently afford such a film and the streaming service has certainly thrown plenty of your money (I’m betting) at the thing. Roma is stuffed with staggeringly long tracking shots that follow characters down busy city streets throbbing with period-perfect activity. They don’t make them like this anymore. You could build your own Mexico City with this budget.

The family’s private traumas blend in with the wider chaos to persuasive effect. Roma is a slow burner. Not much happens in the opening half-hour, but, by its close, the embrace is all enveloping. Boy, does this Netflix release need to be seen on the big screen? Every second shot teems with more detail than the eye can take in. Cuaron believes the picture will get an international theatrical release. We will soon learn if his confidence is well placed.

Barry Jenkins wasn’t knocked aside by that surprise Oscar win for Moonlight. He has got back on his horse and delivered a hypnotically beautiful cinematic variation on James Baldwin’s novel If Beale Street Could Talk. The film is very much in thrall to its source material. We hear the text spoken on screen. Archive news stills are inserted to support the author’s clear radicalism. You could also complain (if this counts as a complaint) that Beale Street has been art-designed to within an inch of its life. One character wears a blouse that perfectly matches the drapes. Another has a shirt that matches his umbrella more than those things usually match.

What’s the problem? We have perhaps become too used to politically aware films that douse themselves in raw naturalism. Following the life of a couple after the man is falsely arrested for rape, If Beale Street Could Talk is fired with fury at the injustices visited against black people in the United States.

But it is every bit as fantastic and every bit as visually juiced as Jacques Demy’s Les Parapluies de Cherbourg. The incandescent, heartbreakingly focussed Kiki Layne plays Tish, a New Yorker driven to distress when her boyfriend Fonny (Stephan James) is arrested for a crime he didn’t commit. She later learns she is pregnant and, while the family work for the young man’s release, slaves uncomfortably at the perfume counter in a department store.

The dialogue is poetic when it deals with love and more poetic still when it deals in the profane. Jenkins again shows his ability for building story from nested conversations. Nicholas Britell’s gorgeous score dovetails nicely with contemporaneous pop music. Beal Street is an absolute delight.

There is much Irish interest at Toronto. Paddy Breathnach’s Rosie, from an excellent script by Roddy Doyle, played in the opening days to significant acclaim. We’ll discuss Chanya Button’s Vita and Virginia and Carmel Winters’s Float Like a Butterfly in the days to come.

John Butler follows up his domestic hit Handsome Devil with a fascinatingly odd comedy set in Los Angeles. Produced by the good folk at Treasure Entertainment, Papi Chulo, concerns Sean, a gay TV weatherman (Matt Bomer) who falls into depression when a long-term relationship ends. After several visits to the hardware store – part of a plan to rid his deck of a mark that triggers uncomfortable memories – he decides to hire a Latino odd-job man named Ernesto (Alejandro Patiño) to help him out.

Lonely to the point of madness, Sean persuades Ernest to go out rowing in the lake and then hiking in the nearby hills. These opening flurries are very funny and charged with deep discomfort. There could be a risk of cultural imperialism for comic effect, but it is clear that Ernesto sees all this as no more demeaning a task then painting or weeding.

In the final act we get close to the source of Sean’s pain and the film takes a turn into a more sombre class of comedy. It’s a slim film– almost a two hander – but it is touching, honest and it never resorts to cheap gags. Papi Chulo will play in many diverse markets.