Burt Reynolds: 10 of his best movies from an up-and-down career

From ‘Deliverance’ to ‘The Longest Yard’, these are Reynolds’ most memorable moments 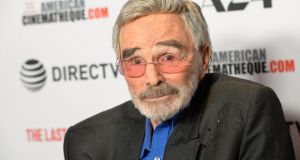 What an odd career Burt Reynolds had. For a few years in the mid-1970s, he was unquestionably the biggest male star on the planet. He was more than that. He was the platonic ideal of a 1970s movie star: hair, moustache, wide trousers, loud marriages.

Yet, despite his making it to the age of 82 before succumbing to heart disease, it proves hard to put together a list of 10 stone-cold classics. That breakout turn in Deliverance offered one career path: the hard-boiled maniacs that kept Charles Bronson in cereal and firelighters. But Burt seemed happier to favour his softer, more ironic side. That worked well for him in Smokey and the Bandit, but that film has not aged so well. Heck, nobody even bothered to remake it with Adam Sandler.

Apparently a cussed individual who ignored good advice, Reynolds failed to build on the platform of his third (at least) coming in Boogie Nights. Variety reports that he turned down the James Bond, Han Solo and the male leads in One Flew Over the Cuckoo’s Nest and Pretty Woman. But he remains one of the great entertainers. Here are 10 reasons why . . .

Burt’s role in John Boorman’s peerless drama of woodlands wretchedness now seems a little like an uncharacteristic dark interlude. This was, in fact, his breakthrough role. A critique of masculinity before Hollywood did such things.

Odd to note that Reynolds was being stunt-cast in self-parodic roles almost before he was famous. He operates the switchboard in the subject’s brain during the “What Happens During Ejaculation?” sequence.

Subsequently remade with Vinnie Jones and then Adam Sandler, the original Robert Aldrich flick featured many former NFL players in the story of a team of prisoners playing their guards. Tough and funny in a very 1974 sort of way.

Aldrich again. Reynolds forms an interesting, surprising partnership with Catherine Deneueve in a cop story that works all the best tropes to the point of exhaustion. “Deneuve and I were a case of one plus one makes three so that brought about some interest,” Reynolds said. Cast in depth. Very rigorously plotted

A true phenomenon, the tale of a bootlegger evading a fat police officer was the second highest-grossing film of the year. Only Star Wars, then the biggest grosser film of all time, took more cash in 1977. The archetypal Reynolds persona is in place: smug, suave, self-deprecating. Spawned two sequels and dozens of rip-offs.

An excellent football player in his youth, Burt returned to the sport for Michael Ritchie’s comedy about sex, decline and the era’s self-help crazes. Kris Kristofferson (another fine gridiron player) and the now sadly overlooked Jill Clayburgh join Reynolds in the love triangle.

Like so many of his contemporaries, Reynolds took to directing and he had a notable critical success with this cop thriller centred around a narcotics officer in the Atlanta police department. Based on a novel by William Diehl, the picture has real momentum and style.

One of the era’s great lost films, Bill Forsyth’s second American picture - working from a John Sayles script - casts Reynolds as a safecracker working with a smart-ass young protégé.It re-invented Burt a full eight years before Paul Thomas Anderson set to the task.

Directed by Ash Baron-Cohen, (cousin of Sasha), this well-reviewed indie stars Reynolds as an FBI agent attempting to bring an armed siege to an end. The picture played a few mid-ranking festivals. Roger Ebert and the New York Times showered it with praise. Then it vanished from consciousness.