The Touch: Ingmar Bergman’s lost drama of an extramarital affair

Review: A complex, grown-up relationship drama is dusted off for the auteur’s centenary 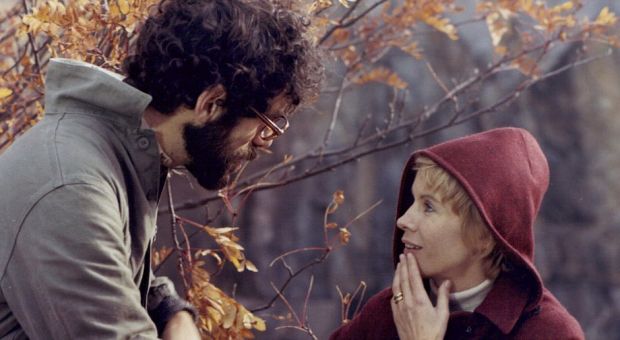 Elliott Gould and Bibi Andersson in The Touch

Released to coincide with the Swedish auteur’s centenary, there comes a moment in Ingmar Bergman’s first English-language feature when an excited Bibi Andersson performs the household chores with all the gusto one might expect from a woman who is vacuuming along to a groovy 1971 score as she readies herself for another extramarital tryst with Elliott Gould.

It’s a catchy chorus short of being a full-blown Shake n’ Vac commercial.

Still, The Touch, a film which Bergman himself despised and which has languished in obscurity for the best part of five decades, has more truth in its dated depictions of hoovering than most relationship dramas can wring from their best Albee-esque approximations.

Karin (Andersson) is sobbing, following the death of her mother when David (Gould), an American archaeologist visiting Sweden, decides he is in love with her. Karin has two children and a kindly husband, Andreas (von Sydow, suffering as only he can), none of which dissuades David from declaring his love.

They soon embark on a clandestine affair, a relationship defined by his neurotic and occasionally violent outbursts. She reads poetry and remains beatifically patient; he speaks of his extended Jewish family, many of whom have died in the Holocaust.

Don’t expect picnics, even if Sven Nykvist’s cinematography begins brightly and ends with startling glare. Perhaps taking cues from David’s work, meetings between the lovers happen against a medieval palette of russets and darkness. Tellingly, a larvae hatches, after dormant centuries, from an ancient Madonna.

The dialogue has the staccato, post-production halt of a contemporaneous giallo film. Yet, the conversation is almost disconcertingly grown-up and serious; recent attempts at the Bergmanesque might have reached for banalities in an effort to pass as “authentic”.

Gould has seldom been less predictable; his David is a troubled and troubling soul that makes one yearn for the comparative levity of his Marlowe in The Long Goodbye. Long before his final angry, condescending appearance, he petulantly opens the blinds with a malevolent intent that will make the viewer think “ouch”.

Karin’s willingness to tolerate and appease what, nowadays, looks awfully like toxic masculinity, is as complicated as her various relationships. Her insecurities – one notable scene in which she outlines her physical flaws holds a self-deprecating mirror to Brigitte Bardot’s reassurance-seeking in Le Mepris – are counterpointed by a cool-headedness that marks her out as one of Bergman’s stronger female characters. In this spirit, a dress-up montage sees her sensibly plump for the plain, comfortable outfit she started with.

The moral of the story is that lesser Bergman still beats the pants of everything else. And The Touch is not, as we have been led to believe, lesser Bergman.