The Hallow review: from zero to cuckoo bananas in less than a minute

A creature feature can’t survive on creatures alone: one can’t execute a jump scare when the jumps just keep on coming 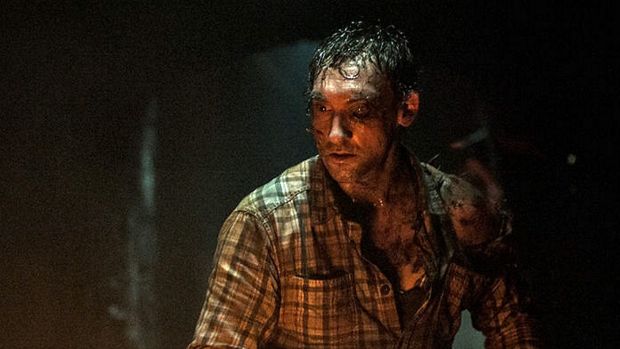 Adam (Mawle) and Clare (Novakovic) have relocated from London to rural Ireland. Adam and his infant son are out walking in the woods, marking trees for felling, when they happen upon a black fungal goo. They have been warned by angry locals, notably Michael McElhatton, to stay out of the forest. They have also been told to keep the sacred metal bars across the window of their new home.

Instead, Adam brings home samples of ophiocordyceps unilateralis, which we learn is a kind of zombie goo. Then there are more dire warnings about faeries and such. Then the house starts oozing the goo. Then Michael Smiley’s weird Guard arrives, replete with Belfast accent and more dire warnings. Huh?

The Hallow promises to be an Irish mythological horror, replete with wee folk and banshees. Unhappily, it merely namechecks these entities and delivers nothing of the sort. It is, moreover, one of those films that goes from zero to cuckoo bananas in less than a minute.

There are no quiet moments, no downtime; only the relentless march of some, admittedly decently constructed, monsters and gunk. But a creature feature can’t survive on creatures alone: one can’t execute a jump scare when the jumps just keep on coming, and black-eyed ghouls rather lose their mojo when we see so much of them, it feels as if they’ve been watching a slideshow of their holiday snaps.

An end-credits dedication to Ray Harryhausen, Dick Smith and Stan Winston reminds us that director Corin Hardy – who is currently attached to the reboot of The Crow – hails from a noble lineage of SFX. But the same film-maker ought to take a breath now and again. Every scene here feels in media res and slightly overcooked.

Olivia Rodrigo: I’m really proud to sing about emotions frowned on as bitchy and moaning

Remember the Dominic West-Lily James kiss shock? The show they were making is a shocker too