Halston: The story of the most famous fashion designer in America

Review: This new documentary is not remotely as sleek as its subject’s creations 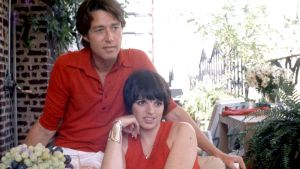 In the late 1970s, Halston was the most famous fashion designer in America.

Born Roy Halston Frowick, he began his career as a milliner and came to national prominence for designing the pillbox hat Jacqueline Kennedy wore to John F Kennedy’s 1961 presidential inauguration. His debut clothing collection in 1968 was heralded as revolutionary in its minimalism and ziplessness. His hotpants and ultrasuede shirt dresses became Studio 54 dress code.

He designed the uniforms for the American Girl Scouts, the New York Police Department and the 1976 US Olympic team.His patrons, including Elizabeth Taylor, Lauren Bacall, Bianca Jagger, Liza Minnelli, and Anjelica Huston (one of a troupe of models, known as the Halstonettes, who accompanied Halston wherever he went) wore his flowing, feminine, bias-cut silks on red carpets. His evening caftans are arguably the most 1970s things ever.

In 1983, Halston signed a six-year licensing deal with the retail chain JC Penney. The line, called Halston III, consisted of affordable clothing and perfumes. The designer had a dream of “dressing everybody in America”.

His elite clientele had other ideas. Bergdorf Goodman and other high-end retailers swiftly dropped his Halston Limited line. Meanwhile, the company he founded was acquired by a bigger, greedier company, and once he was ousted, he lost everything, including the Halston name.

Halston, a new documentary portrait, is not remotely as sleek as its subject’s creations and comes off as a riotous collage of celebrity cameos, fashion craft, and admirable scholarliness. Matt Tyrnauer – who edited Valentino: The Last Emperor, co-helmed Diana Vreeland: The Eye Has to Travel, and made a solid solo directorial debut with 2014’s Dior and I – has form in this area.

With Halston, he has fashioned a fine and glamorous showdown between art and commerce. It’s a saggy, enjoyable thing save for a lack of access to its primary subject (who died of Kaposi’s sarcoma in 1990) and one unfortunate structural choice.

The film opens with, and maintains, unfortunate faux-noir chatter featuring fashion writer and actor Tavi Gevinson as a secretary sleuthing through the Halston archives. It’s a clumsy framing device that slows and distracts from an otherwise spirited tale of boom and bust.

Flight of the Conchords: ‘It feels like people are consciously casting women now’
9

Is morality just a matter of following your deepest desires?
Real news has value SUBSCRIBE