Going out this weekend? Here’s the best of what to see 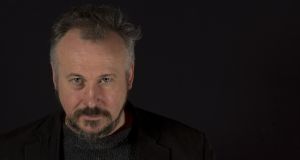 The Songs of Silver Stars, by Sean Millar

This will be very special. A performance of the song-cycle – a sequence of songs and spoken word and music – by the incomparable singer-songwriter Sean Millar, from the acclaimed Brokentalkers show at Bealtaine and the Dublin Theatre Festival. The songs are based on the real stories of older gay Irish men, rejected by their society and community, and in search happiness and fulfilment.

Silver Stars is moving, honest, joyful and eloquent, and it will be interesting to hear the songs through the prism of the changes in Ireland since it was first seen in 2008. Amazingly, all 10 of the original cast return to perform, led by Millar.

Their concert at Dublin’s Hugh Lane Gallery focuses on Rossini, Donizetti, Verdi and Puccini, with a group of non-operatic seasonal numbers thrown in for good measure. Their pianist for the day is Dearbhla Collins.

The Grimm Tale of Cinderella

It has become so sanitised, you have to stop to think about the origins of Cinderella, the mistreated young woman of her father’s first marriage, who rises, through enchantment and good fortune, to the station of a beloved princess.

The version we know found its familiar shape in the Grimm brothers’ Aschenputtel, in 1812, with details considerably more dark and gory than modern kids expect. (The sisters, for instance, mutilate their own feet to fit the slippers.)

Now, Katie McCann, of the well-regarded Cirque des Reves, imagines the Grimms subjected to a similar fairytale. Seeking shelter from a storm, Jacob and Wilhelm Grimm encounter a strange old woman and share with her the stories of their travels, before she responds with the tale of Ella, her cruel stepmother, a handsome prince and the night that would change her life forever. Please, no spoilers.

Make way for the ultimate clash of the titans, when Bette Davis and Joan Crawford square off on the Hollywood backlot. The Earth will definitely shake.

This eight-part series revolves around the making of the classic film Whatever Happened to Baby Jane?, in which Davis and Crawford delivered their most electrifying performances. But behind the scenes, sparks were flying too, as these great Hollywood rivals grappled for one last shot at glory in the twilight of their careers.