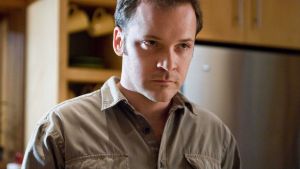 When Ezra Edelman’s epic 467-minute OJ: Made in America won this year’s Oscar for Best Documentary Feature, the Academy were quick to announce that limited and multi-part series would be prohibited from entering the category in 2018. That decision has impacted on Wormwood, Errol Morris’s grand, long-form investigation into the suspicious death of an American scientist caught up the shadowy Cold War programme known as MK-Ultra, a historical initiative beloved by the tin-foil hatted.

A theatrical cut of Wormwood was subsequently assembled, but that, too, was rejected by the documentary section on the grounds that the film relied too heavily on dramatic reconstruction. It’s a curious decision, not least because the same awarding body looked rather foolish when they overlooked Morris’ groundbreaking 1988 film The Thin Blue Line for similar reasons.

Wormwood requires both its run time and experimental presentation to tell its crafty tale. In common with many Morris subjects (Fred A Leuchter, the boffins of Fast, Cheap & Out of Control), Eric Olson is an obsessive who has sought the truth behind his father’s death for some 60 years. His father, Frank Olson, was a CIA operative and biochemist who worked on the CIA’s deadly LSD experiments. In 1953, he either jumped or was thrown out of a Manhattan hotel window, plummeting to his death.

It is perhaps fitting that Morris’s longest project makes terrific use of Shakespeare’s longest play. This dense, pioneering film cuts between Eric’s testimony, extracts from Laurence Olivier’s Hamlet (1948), archival footage, and what might have been a shadowy sister series to Mad Men, starring Peter Sarsgaard as Frank Olson. There are dead ends and red herrings. Maddeningly, Seymour Hersh, an investigative journalist, appears on camera to say that he knows the truth, but can’t give up his sources.

Slowly, another narrative emerges – a trajectory that interests the filmmaker more than the actual whodunnit – the story of a life wasted on a never-ending quest.

Morris abandons his beloved Interrotron – the interview machine that has allowed him to draw remarkable candour from such interviewees as Robert McNamara and Lynndie England – in favour of table chats. Odd angles and split screens highlight Eric’s psychological consumption. The play within the play – featuring Molly Parker, Jack O’Connell and a fine ensemble cast – may or may not be reliable.

In a time enlivened by pop crime broadcasts, this very post-modern intrigue makes Serial and The Jinx look like Paw Patrol.

‘There’s no justice in this’: Inside the new Netflix series on Jeffrey Epstein
5

Football, Prince William and Our Mental Health: Tackling a bastion of bravado
8