Films to stream right now: 10 great crime movies on Netflix and beyond

From Goodfellas to Gone Girl, gripping films to watch on Netflix, Amazon and Apple TV 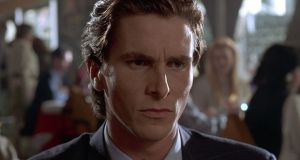 Mary Harron, 2000
When the uberyuppie Patrick Bateman (Christian Bale) realises that a colleague’s business card is superior to his own, the investment banker flies into a murderous rage. Twisty Reagan-era thriller that juxtaposes sex and Phil Collins. (Netflix)

Over some 30 years, the inseparable chums Robert De Niro, Joe Pesci and Ray Liotta get up to high jinx and shenanigans on the streets of Brooklyn. Featuring such culinary tricks as “Uncle” Paulie’s magical garlic-slicing tips for pasta lovers (yay) and noodles with ketchup (boo). (Netflix)

When golden girl Amy (Rosamund Pike) disappears from her suburban home, her cheating nogoodnik husband (Ben Affleck) is the prime suspect. But the clever screenplay by Gillian Flynn, based on her bestselling 2012 novel, has a few tricks up its sleeve. (Netflix)

This landmark Bildungsroman, starring Cuba Gooding jnr, Laurence Fishburne and Ice Cube, lured viewers with the promise of urban warfare, only to plead with them to “increase the peace”. (Netflix)

An urgent, scholarly dissection of the United States’ prison system as an unofficial adjunct of slavery. Many multinationals and presidents, from Eisenhower to Clinton, do not emerge well. (Netflix)

The most fun film on the list concerns a cheerful and murderous Baltimore housewife (Kathleen Turner, magnificent) who won’t stand for recycling avoidance or the wearing of white shoes after Labour Day. (Amazon Prime)

Apple/iTunes and Google Play offer quite the library of too-obvious-to-mention crime classics, including the Godfather trilogy, Chinatown and this strangely dreamy murder spree starring Martin Sheen and Sissy Spacek as a young couple on the lam. (Apple, iTunes, Google Play)

Alain Delon plans a daring jewel heist with an escaped prisoner; André Bourvil is the dogged inspector on the hunt. Forget police procedurals. Alongside Jules Dassin’s Rififi and Stanley Kubrick’s The Killing (both available on Apple), this is one of the great crime procedurals. (Mubi, Apple, iTunes)

The Act of Killing

In 1965 an unholy alliance of army leaders and thugs came together to purge Indonesia of communist influence, ethnic Chinese and anybody else not to their liking. Joshua Oppenheimer’s inspired conceit is to allow the killers to re-create their own versions of 1965-66 for the camera. As terrifying as it is transfixing. (Apple)

A Short Film about Killing

The Polish auteur’s cutaneous consideration of the death penalty concerns a lumpen young man who kills a taxi driver without motive. Winner of a European Film Award and the jury prize at Cannes, the film changed Kieslowski’s career and led to the repeal of capital punishment in Poland. (Apple, iTunes)