Cannes diary: our film correspondent meets the controversial director and rounds up the rest of the news 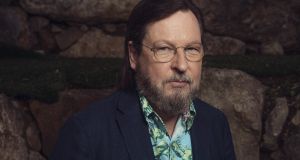 To the hills above Cannes for conversation with Lars von Trier about his more than mildly controversial film The House that Jack Built. We’ll have the full interview later in the year, but we can say that Lars is still very much himself. It wouldn’t be right to say he was unconcerned about the walkouts at the red-carpet screening. He wanted more.

“No, no, no. It’s fine with me. It’s good that a film divides,” he told me. “That’s good. I am disappointed that it was only 100 people who vomited. I would have liked 200 people to vomit. That might have been a record.”

I have heard him say he things a film should be like a stone in the shoe. “Yes, but this is different. This is like a bacteria in your stomach,” he replied.

Von Trier also repeated his denial that he had done “something bad” to Bjork on the set of Dancing in the Dark. “She thought I was touching her in a sexual way,” he said. “I wouldn’t be able to direct anyone without touching them. You have to be able to protect them if you want them to go far into the emotions. I think she did a wonderful job. So we had a tough time in private. But the working together was somehow a blessing.”

It’s not entirely a bi-lingual festival

Early in the event, I made my way to Studio 13, a lovely little cinema housed beneath a school in the western reaches of Cannes. It was like being instantly beamed to a quieter, more relaxed place. Most of the people there were ordinary French citizens – many members of film societies -- attending as part of the event’s Cinephile programme. I counted one critic other than myself. Then it sunk in. Films in Director’s Fortnight at locations other than its headquarters do not offer English subtitles if they are in languages other than French. You will be delighted to hear that schoolboy French can still save the day. Stay in school, kids.

Over the last few decades, the Critics Week season, once Cannes’ most important sidebar event, has been a bit bossed out by Director’s Fortnight. But it has, in recent years, had a very good record. Both Myroslav Slaboshpytskiy’s The Tribe and David Robert Mitchell’s It Follows premiered at an event that focuses on first and second features. This year the top prize has gone to Diamantino by Gabriel Abrantes and Daniel Schmidt. Word is the comic drama, about a footballer who re-evaluates his life after a career-ending energy, was always to the front in a strong race. “Part loopily queer sci-fi thriller, part faux-naive political rallying cry, glued together with candyfloss clouds of romantic reverie, it’s a film best seen with as little forewarning as possible,” Variety tells us. We shall catch up with it.

Here’s something we wouldn’t have guessed. As we may have mentioned before, each year Screen International publishes a daily grid featuring scores from various prominent critics – graded out of four – for the competition films. Two years ago, Maren Ade’s Toni Erdmann broke the record for the highest average score with 3.7 from the Screen Jury. What film has just broken that record? Is it Hirokazu Kore-eda much-loved Shoplifters? Is it Pawel Pawlikowski’s gorgeous Cold War? No, Lee Chang-dong’s austere Burning has scored 3.8. So does this mean the Palme d’Or is certain? Not remotely. Toni Erdmann didn’t win a sausage. Not a single gong.

The promotional bumf for Nadine Labaki’s wonderful third picture tells us that it concerns a young boy who sues his parents for bringing him into such a realm of suffering. One can hardly imagine a premise more likely to generate industrial levels of sentimentality. There is some of that here. But that conceit barely figures in the film – it takes up scarcely five minutes – and throughout the remaining bulk Labaki constructs a frantic, moving, chaotic drama that bears comparison with the Italian neo-realists in their pomp.

The Lebanese director – best known for Caramel – brings us among a poor family whose hardships, deceits and eccentricities suggest a middle-eastern version of early Dickens. The hero of the piece is young Zain (Zain Alrafeea), a resourceful 12-year-old (he guesses) who helps with an array of dodgy family schemes while looking out for his young sister. Why does he panic when she gets her period and ask her to conceal the fact? It transpires that the family are prepared to flog the poor girl as a child bride. When that happens, he throws up his small hands and flees the home. Zain later falls in with an Ethiopian woman and helps care for her young baby.

The characterisation is not particularly sophisticated: secondary personalities tend to be either good ‘uns or bad ‘uns. To continue the Dickens parallel, they are either Bill Sykes or Nancy. But Labaki’s skill in orchestrating Zain’s progress through an endlessly dangerous city and in drawing a relaxed, sincere performance from young Zain Alrafeea establishes her as a master. The effort required in shooting and cutting scenes shot in hectic streets makes one tired just thinking about it. (Labaki has said there were 500 hours of rushes.)

What really sticks with you, however, is the stubborn resilience of young Zain. He misunderstands practical matters that would be obvious to an adult, but he manages to set up a mirror so he and his new friend’s baby can watch cartoons from the neighbour’s house (would you like a tissue?). He has a brilliant grasp of ghetto ethics: there comes a time when even stealing another baby’s bottle is the “right” thing to do. If the jury can’t find a prize for Alrafeea then they are not worthy of the name.

Capernaum works most effectively at the gut level. At least one distinguished journalist in my penumbra sniffed audibly through the ruthlessly moving last half hour. I was just clearing my throat.

The unavoidable question stalking Kevin Macdonald’s study of Whitney Houston is whether it does enough things differently to justify a release so soon after Nick Broomfield’s excellent Whitney Houston: Can I Be Me. As we reported yesterday, the film does have at least one shocking new revelation: the suggestion that Dee Dee Warwick, cousin to Whitney and sister of Dionne, molested the singer when she was a girl. It is argued here that that experience may have so troubled Whitney as to make her uncertain of her own sexuality. Her lengthy, possibly lesbian relationship with Robyn Crawford seems to have been more stable than that with any male lover.

For all the pre-release revelations, the story about Dee Dee takes up only a small part of Macdonald’s film. What sets it apart from Broomfield’s film is more a question of style. Whereas Can I Be Me was gritty, nervy and idiosyncratic, the current film is as slick, professional and mainstream as Macdonald’s breakthrough One Day in September. The talking heads are all shot in clean, pretty light. The film moves smoothly and chronologically through the life. It ends with a belter from the star.

None of this is intended as negative criticism. Macdonald is a skilled film-maker and a perceptive interviewer. He has somehow managed to get Bobby Brown, to whom Whitney was married for 14 years, into the film and, when the singer wriggles out of questions about drugs, Macdonald calls him out in a clean posh Scottish accent.

That story about Dee Dee Warwick aside, the film does not, however, offer many new angles on a too familiar story of how fame can eat a fragile sensibility. What it does provide is some moving testimony. Whitney’s Aunt breaking up as she remembered the star’s doomed daughter is as sad as anything you’ll see on screen this year.