Burt Reynolds, once the most popular star on planet, has died aged 82 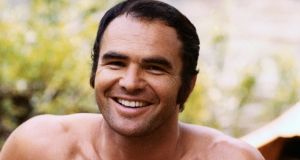 Burt Reynolds on the set of Deliverance 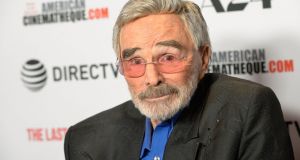 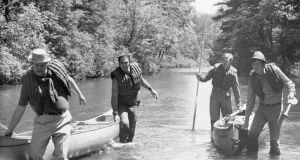 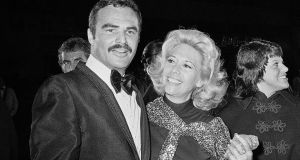 Burt Reynolds, who has died in Florida at the age of 82, was once the most popular star on the planet.

From the mid 1970s to the early 1980s, he appeared in such smashes as Smokey and the Bandit, Semi-Tough, The Longest Yard and – brilliant in a dark role – John Boorman’s still powerful Deliverance.

The ideal star for an ironic age, Reynolds delivered every line with a smirk that suggested even he knew the trademark moustache was a bit much. Bad choices and a reputation for cussedness held him back in the later Reagan years, but he recovered to win an Emmy for the sitcom Evening Shade and, in 1998, an Oscar nomination for Paul Thomas Anderson’s era-defining Boogie Nights.

Reynolds failed to capitalise on that second wave of success. He is, however, expected to make a posthumous appearance in Quentin Tarantino’s upcoming Once Upon a Time in Hollywood.

Burt Reynolds had a slow slog to the top.

Born in Michigan, though raised largely in Florida, where his dad served as a police chief, he attended Florida State University on a football scholarship, but, after suffering a knee injury and then losing his spleen in a car accident, drifted towards a career in the theatre.

He eventually secured a recurring role in the western series Gunsmoke and appeared in a few low-budget films during the 1960s. It is rumoured that, like Clint Eastwood, he was considered as an unlikely James Bond, but turned it down because he believed no American could do justice to the role.

His breakthrough came when Boorman, after failing to interest Marlon Brando, cast him as one of the suburban Joes who encounter hell after falling foul of murderous hicks in Deliverance. It hardly seems possible now, but that awkward, troubling work was the fifth highest grossing film in the US for 1972.

Reynolds then headed in a different direction. Though he still played the odd hard-boiled role, he became defined by the jovial, incorrigible “Bandit” in the enormously popular Smokey and the Bandit. Only Star Wars made more money in 1977. The picture generated two sequels and a shameless TV rip-off in The Dukes of Hazzard.

Reynolds was married twice – most famously to the actor Loni Anderson from 1988 to 1993 – lived life vigorously and, following a savage divorce, filed for bankruptcy in 1996. In later years he suffered from back problems and a heart complaint that eventually led to his death.

His period of super-stardom was brief, but, like only a few actors, he defined a type that remained all his own. Flares, bouffant hair, luxuriant moustache, delightfully timed lustful quip, arrogance meshed with compensating self-deprecation: nobody else even tried to do what Burt Reynolds did with such apparent ease.