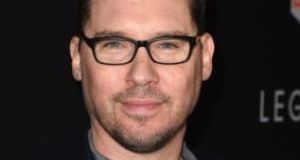 One of the key allegations against Bryan Singer looks set to be settled out of court after the director agreed to pay $150,000 (about €133,000) to resolve allegations that he raped a 17-year-old boy in 2003.

In December 2017, Cesar Sanchez-Guzman filed a lawsuit alleging that the director sexually assaulted him during a yacht party in Seattle. The move came shortly after Mr Singer was fired from his role as director of Bohemian Rhapsody. Mr Singer denied the allegations.

In a statement, Mr Singer’s attorney Andrew Brettler said that the director maintains his innocence. He said: “The debtor filed a claim against Mr Singer that he had no basis or legal right to file. Mr Singer has denied even knowing this individual, let alone allegedly having interacted with him more than 15 years ago.

“The decision to resolve the matter with the bankruptcy trustee was purely a business one, as litigation costs would well exceed the amount requested by the trustee to pay off the creditors who were owed money when the debtor filed for bankruptcy.”

Creditors would claim $61,000 under the terms of the agreement, the bulk of which represents student loan debt. The additional funds will be used to pay for administration of the case. Mr Sanchez-Guzman will end up with the remainder.

If the settlement is approved, Mr Sanchez-Guzman’s lawsuit will be dismissed with prejudice. Bohemian Rhapsody, the multi-Oscar-winning Freddie Mercury biopic, has made Mr Singer at least $40 million. – Guardian

Coronavirus will change Britain – and mostly not for the better
9