As of last weekend, Endgame is just $50 million short of Avatar. Why won’t it catch it? 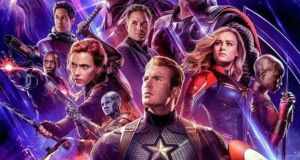 Here is the news. Avengers: Endgame is probably not going to become the highest grossing film of all time. Yet. Unless they re-release it. Or something.

Ever since the latest film in the Marvel Cinematic Universe debuted to a scarcely believable $1.2 billion, box-office pundits have been speculating as to whether it could surpass Avatar’s lifetime total of $2.79 billion.

Opinion was equally divided. One camp pointed out that, having taking over two fifths of that in just three days, it could hardly fail to claw its way past the top spot. More cautious voices (this one included) noted quite how far James Cameron’s sketchily remembered space opera was ahead of the following pack.

That total was a full $600 million more than Cameron’s Titanic, the number two film, managed following its release in 1997. The difference is more than recent hits such as Dunkirk or Ready Player One made in their entire runs.

Many felt that Avatar would hold the record until the medium ceased to function. To put its total in perspective, even if you adjust for inflation, only Gone With the Wind has made more.

At any rate, there would be a news story at some point in the succeeding months. “Avengers: Endgame Game Breaks the Record” or “Avengers: Endgame Falls Short of Record.” Instead, the film frustrated as, decreasing its takings weekly, it approached the Avatar axis in asymptotic fashion.

The differential between the two is analogous to the life of an unstable atom under radioactive decay. The quantity gets smaller and smaller, but it looks as if it will never entirely vanish. As of last weekend, Endgame, at $2.73 billion, is “just” $50 million short of Avatar. It took $11 million last week, but that total is likely to halve for the current week. The betting now is that Endgame will fall tantalising close before being pulled from cinemas.

Only an idiot would suggest that Disney, which owns Marvel, will be in any way disappointed by this. The total is way above what most predicted before that bizarre opening weekend.

But analysts will – for academic purposes – ponder why it didn’t continue to perform like Avatar. One simple answer is to do with competition. Cameron’s film had the market largely to itself when it opened in December of 2009. There were a full 11 weeks to come before the next blockbuster, Alice in Wonderland, arrived in cinemas.

We should also note that, as the umpteenth episode in a cycle that began before the release of Avatar, Avengers: Endgame had a committed fan-base that was sure to turn out on the opening days. If you wanted to see the latest Avengers film, you wanted to see it while the paint was still wet. If the film does struggle to the number one spot before the end of its first run then it will do so thanks to repeat viewings.

When such conversations kick off, some wiseacre will always – as if nobody else has thought of this – wonder why the raw figures are of any value. There seems little possibility that anything will ever catch Gone with the Wind in the adjusted chart.

We can reasonably assume that Disney would savour adding one of their films to that starry list. For this reason there has been speculation that, if Endgame falls just short, it will be re-released, perhaps with some new footage, as a special event in a year’s time or so.

On the other hand, we should remember that, following the Mouse House’s acquisition of 21st Century Fox, it now has the Avatar sequels in its stable. When the second blue-alien film belatedly arrives in Christmas of 2020, the marketing wonks will revel in describing it as follow-up to “the most successful film of all time”. Endgame may well end up parked at number two.

One person will be happy whatever happens. Zoe Saldana is now the answer to a question that will figure in pub quizzes for some time to come. Neytiri in Avatar, Gamora in Avengers: Endgame, she is the only actor to appear in the highest and second-highest grossing films of all time.

You can have that for free.