An awful dump: The Ireland that banned Monty Python’s Life of Brian

As 40th-anniversary screenings arrive, it’s worth asking why we were so accepting of censorship 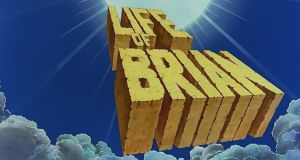 Frank Hall, former Irish film censor: ‘Life of Brian was ‘offensive to Christians and to Jews as well, because it made them appear a terrible load of gobshites’

Forty years ago, in the summer of 1979, Christians across the world turned out to protest at screenings of Monty Python’s Life of Brian. The indomitable Mary Whitehouse, then at the height of her powers, led objections in the United Kingdom. Nuns picketed in New York.

There were, however, no placards outside cinemas in Ireland. No punter was molested on his way to the Adelphi or the Carlton Panoramic. There was no need. Frank Hall, the film censor, did not pause in banning the film as soon as it arrived in Ireland.

Paul Schrader’s American Gigolo, initially prohibited at about the same time, was let through with an 18 certificate on appeal. Shagging the rich ladies of Bel Air was good clean fun. (Well, good dirty fun, anyway.) But Life of Brian had to wait until 1987 for its own cert. Gentle satire at the expense of religion was still literally no laughing matter. If it ain’t on you can’t laugh at it.

Monty Python, though all nonbelievers, were adamant that they were not ridiculing the moral teachings of Jesus Christ

For those old enough to remember, as we ponder Life of Brian’s 40th-anniversary rerelease, what now chills the blood is the nonchalance with which this was accepted. Nobody really expected the film to make it into Irish cinemas.

Discussing what would now seem an outrageous affront to creative expression, Hall, himself a skilled satirist, quipped that the film was “offensive to Christians and to Jews as well, because it made them appear a terrible load of gobshites”.

Thus was censorship laughed off in the years around Pope John Paul II’s visit. The place was an awful dump.

There was initially a loophole. The soundtrack LP featured snippets of supposedly offensive dialogue and, of course, Always Look on the Bright Side of Life, sung by Brian and his fellow offenders as they are crucified.

A contemporaneous story in the Irish Independent reminded the man on the Clontarf omnibus that the Irish constitution banned the publication of blasphemous material. The distributor agreed to voluntarily withdraw the record, and Ireland was rendered free of Brianic corruption.

All this once seemed normal.

The film originated from a glib quip by Eric Idle. Repeatedly asked about a follow-up to Monty Python and the Holy Grail, the team’s 1975 hit, he fell into mentioning something called Jesus Christ: Lust for Glory.

As the months progressed the title formed itself around a satire of organised religion. The elements are now indelible units of popular consciousness. A boy named Brian is born a few stables down from Jesus Christ and ends up accidentally attracting a religious cult.

The team, though all nonbelievers, were adamant that they were not ridiculing the moral teachings of Jesus Christ. “He’s not particularly funny. What he’s saying isn’t mockable. It’s very decent stuff,” Idle said.

The one distant shot of Jesus during the Sermon on the Mount (“Blessed are the cheesemakers?”) is handled with the discretion you’d expect to find in a devotional film of the silent era.

If Life of Brian has a message it is that the viewer should think for himself before blindly following any recently minted messiah (“He’s a very naughty boy”). The key scene is that in which Brian’s followers chant as one: “We are all individuals!”

No matter. The use of Christian imagery in a comedy was enough to set the zealots’ heads spinning. There were specific objections to the apparent trivialisation of crucifixion in the closing scenes. No philosophical deflection could pacify Christians who objected to things the film wasn’t actually saying.

Released at a time when comics were still making blatantly racist jokes on British television, Life of Brian reminded viewers that the social changes of the 1960s –a rejection of deference that the Pythons helped promote – had bypassed certain sections of British society.

Nothing illustrates the conflict better than a notorious TV debate pitting, for the prosecution, the all-purpose blowhard Malcolm Muggeridge and Mervyn Stockwood, the bishop of Southwark, against, for the defence, a forensic John Cleese and an increasingly frustrated Michael Palin.

On the Christian wing there is much steepling of fingers and patronising dismissal. Muggeridge called the film a “squalid little number” and “10th rate”. As always in such debates, the outraged think it worth remarking that the artists received money for your work. The bishop mentions “30 pieces of silver”. (Would it have been all right if the team hadn’t been paid?)

The sense is that these uncouth ruffians – Palin went to Brasenose College, Oxford, Cleese to Downing College, Cambridge – are beneath the faithful Pharisees and that their film will soon be forgotten.

It went on to become the most durable of British comedies. Palin was installed as an international treasure. No conversation about narcissistic splits within largely convergent political cadres can take place without someone mentioning the People’s Front of Judea. “What have the Romans ever done for us?” enters conversations were scant credit is being given. And so on.

Simply by enduring, The Life of Brian has made, as a censor might once have said, gobshites of its pious detractors.

Monty Python’s Life of Brian 40th-anniversary rerelease opens on Thursday, April 18th, with screenings at the Irish Film Institute and Light House Cinema, in Dublin, among other venues