Amanda: An unsentimental film, especially in its treatment of children 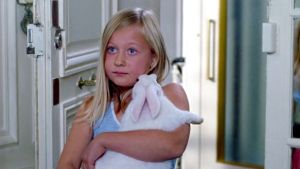 The pitch for this thoughtful French drama might make one think, not unreasonably, of such 1980s comedies as Uncle Buck or Three Men and a Little Lady, films in which hapless or unqualified men struggle to cope with new charges.

David is just such a specimen: an aimless twenty-something Parisian (Vincent Lacoste) whose life turned upside down when he suddenly becomes the primary caregiver to his young niece Amanda (newcomer Isaure Multrier). So far, so Instant Family.

But no one is going to watch director Mikhaël Hers’s sixth feature for giggles. Amanda instead offers a very measured response to a specific 2015 news story. The film creates a fictionalised variation of an incident that, were it to occur in an Anglophone film, would happen in the first 20 minutes in order to appease financiers and the dogma of three-act structure.

Hers instead places this traumatic event at the script’s midway point. He stages it so that the incident happens offscreen and we are left attempting to process the aftermath.

That timing is crucial in a drama that carefully calibrates its family dynamics. The seven-year-old of the title lives with her single mum Sandrine (Call My Agent’s Ophélia Kolb), a teacher whose duties can require a not-wholly reliable-David’s assistance with school runs and the like.

David’s career – if you can call it a career – involves cutting down trees and helping with what looks like an Airbnb scam. While working the latter, he encounters Léna (Stacy Martin) and they become romantically involved.

This first half of the movie is unhurried and languid. The only hint of friction arises around tickets for Wimbledon that Sandrine gifts David. We learn that their estranged mother Alison (Greta Scacchi) lives in London and that David is determined to avoid a visit.

The second half of the film concerns David’s attempts to parent a now grieving and troubled child. Panicked, he calls upon an aunt and considers a children’s home before settling into a domestic rhythm. Léna, meanwhile, who was injured in the attack, struggles with PTSD.

For all that emotional content, Amanda is a pleasingly unsentimental film, never more so than in its understanding of children. Isaure Multrier is never cutesy-pie nor broadly drawn in foot-stamping or pouts or tantrums. She’s as complicated a being as any of the adults on screen. In fact, the final impactful sequence suggests even more so.

At 26, Vincent Lacoste (seen earlier this year in Sorry Angel) has been nominated for three César Awards and rightly so. He’s multilayered here: a big kid encumbered with grown-up duties, attempting to hide his dread from his niece.

Stacy Martin, meanwhile, who exploded into movies playing the younger version of Charlotte Gainsbourg’s character in Lars von Trier’s 2013 drama film Nymphomaniac, is crafting an intriguing body of work, with recent arresting turns in Marie Monge’s Treat Me Like Fire, Michel Hazanavicius’s Redoubtable, and two remarkable collaborations with director Brady Corbet and Mona Fastvold on The Childhood of a Leader and Vox Lux. Her smaller, supporting turn in Amanda is as nuanced as the film deserves.